Armscor is among the global leaders in the firearm industry today, producing popular lines of handguns, rifles, shotguns and more than 400 million cartridges annually. The company wasn’t in the firearm industry when it launched in 1905, though. William Bingham and Roy Squires—both from England—launched Squires, Bingham & Co. as a photo printing and general merchandise business in the Philippines.

By the 1930s, the company expanded and was importing sporting goods, motorcycles, ammunition and firearms. Celso S. Tuason purchased what had become “Sportsman’s Headquarters” in 1941—four months before the World War II invasion by Japanese forces. The reputation for being the country’s best outlet for shooters and hunters was suspended when the gun-and-cartridge inventory was confiscated during that three-year occupation. Only the clothing line saved it from financial ruin.

After the war’s end, Tuason’s gun and ammo business slowly resumed. In 1952, as part of the government’s effort to rebuild and industrialize the nation, his family was granted permission to manufacture cartridges and firearms in the Philippines. The new venture was named Squires Bingham Manufacturing, Inc.

Tuason’s sons, Carlos, Severo and Demetrio, joined the business in the 1960s. The latter ultimately assumed the helm of the firearm and ammunition production side of the family’s many business interests. It was then that the now-familiar Armscor (Arms Corporation of the Philippines) name began its rise to prominence.

The company established a U.S. office in 1985. Employees had barely settled into the Pahrump, Nev., location when the firm purchased Rock Island Armory.

In 2011, Armscor announced it was opening a plant at Stevensville, Mont., and in 2016, another of its manufacturing facilities opened in Pahrump, Utah. Last year, the company announced that operation, however, is moving. Cedar City, Utah, will be the site of the production in the next few years. The company also operates a factory and offices in Marikina, Philippines.

Today a third-generation member of the family, Martin Tuason, serves as Armscor president. 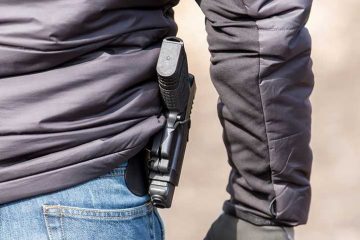