Enthusiasts of well-made European handguns are probably familiar with the original Swiss made SIG P210, a semi-automatic handgun design with a long history dating back to 1949. It served as the standard-issue pistol of the Swiss army and police up to 1975, and its design provided the basis off which later SIG Sauer handgun designs would emulate. Despite the Swiss manufacturer discontinuing the handgun in 2006, SIG Sauer introduced its own interpretation of the classic design in 2017, which was reviewed by American Rifleman staff in 2020. 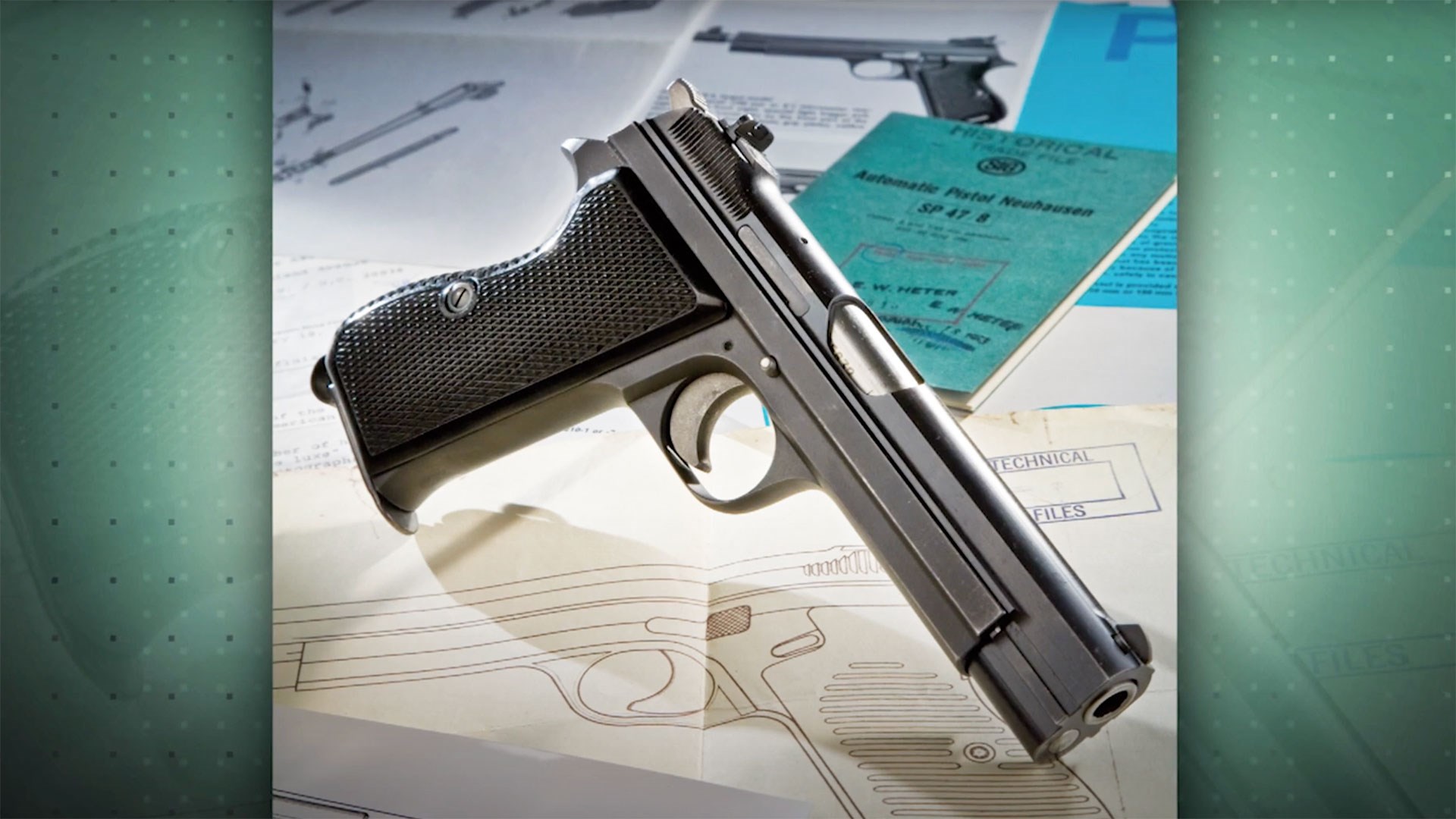 Chambered for 9 mm Luger like the original, the new P210 has an all stainless-steel frame and slide construction, with many of the aesthetics of the original design preserved. Both the frame and slide share a unique locking interface, with the slide being inserted into, rather than over, tracks in the frame. The frame and slide are topped off with a nitron finish, which offers an added layer of corrosion protection. 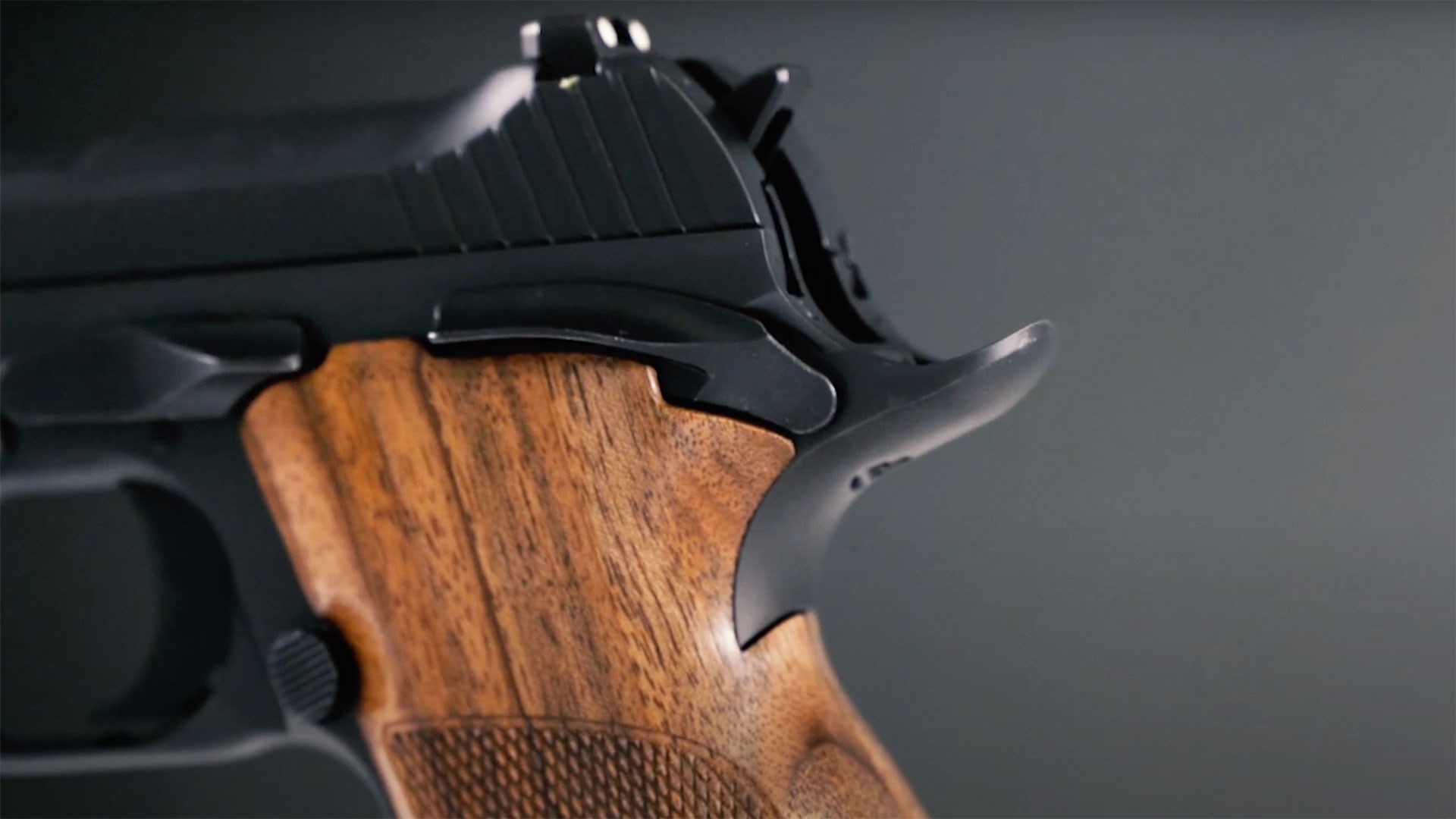 A closer view of the controls and beavertail on the Sig Sauer P210.

It also retains the original’s recoil-operated, locked-breech action, as well as a thin overall width of just 1.6″. Due to the narrow frame, the P210 feeds from eight-round, single-stack magazines, of which two come with the pistol. Narrow serrations are machined into the “hump” under the rear sight at the rear of the slide, which provides solid purchase for manipulation. 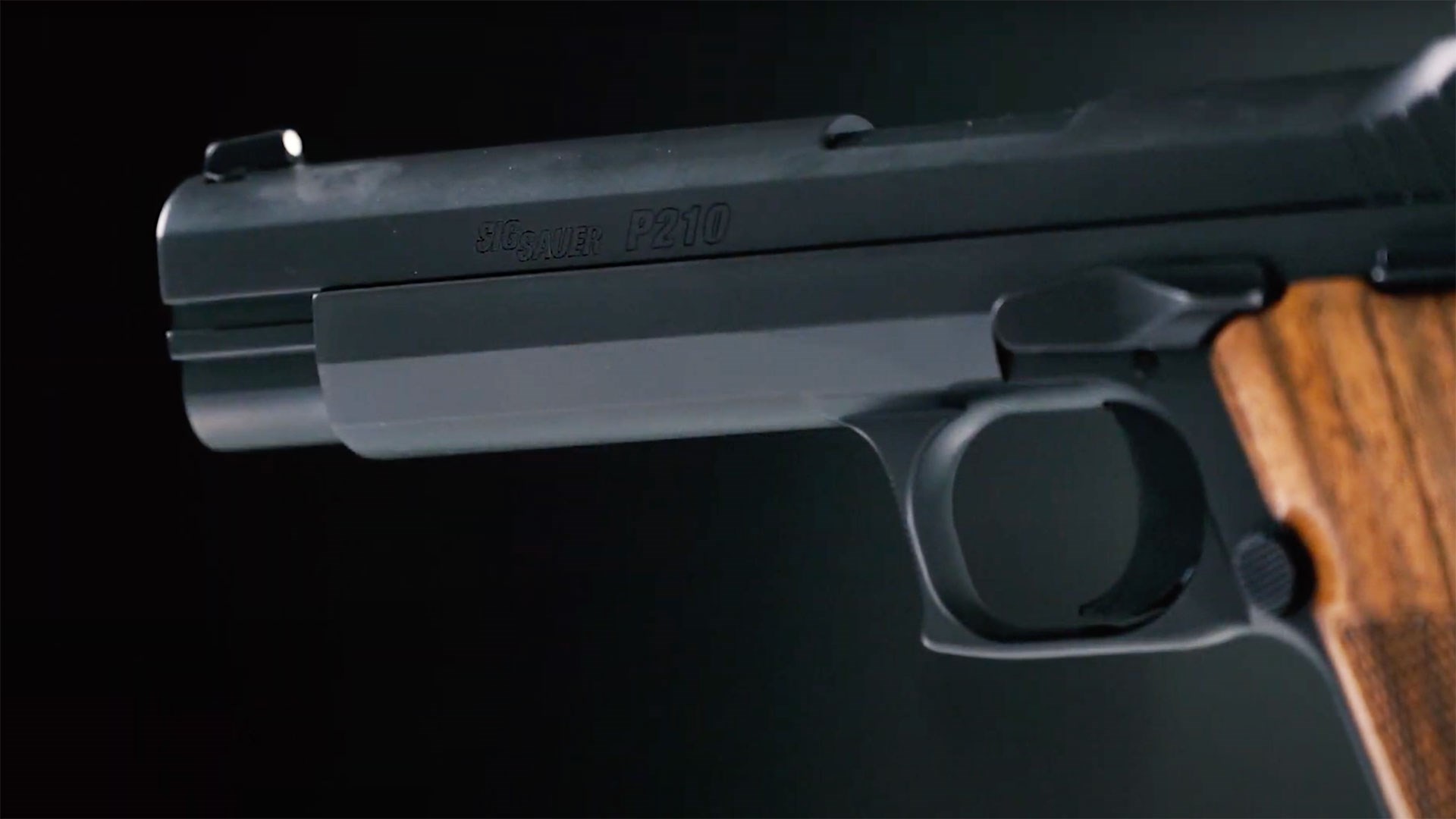 A closer look at the slide of the Sig Sauer P210.

The barrel is 5″ long and made from carbon steel. For controls, the magazines release, thumb safety and slide catch are located in their traditional locations  and feature subdued edges and a similar finish to the frame and slide. The grip frame includes a generous beavertail, which eliminates the potential risk of bite from the subdued external hammer. On top of the grip frame, the P210 comes with checkered hardwood grips, which offer solid purchase on top of the added aesthetic. The front strap also includes checkering machined into the frame. 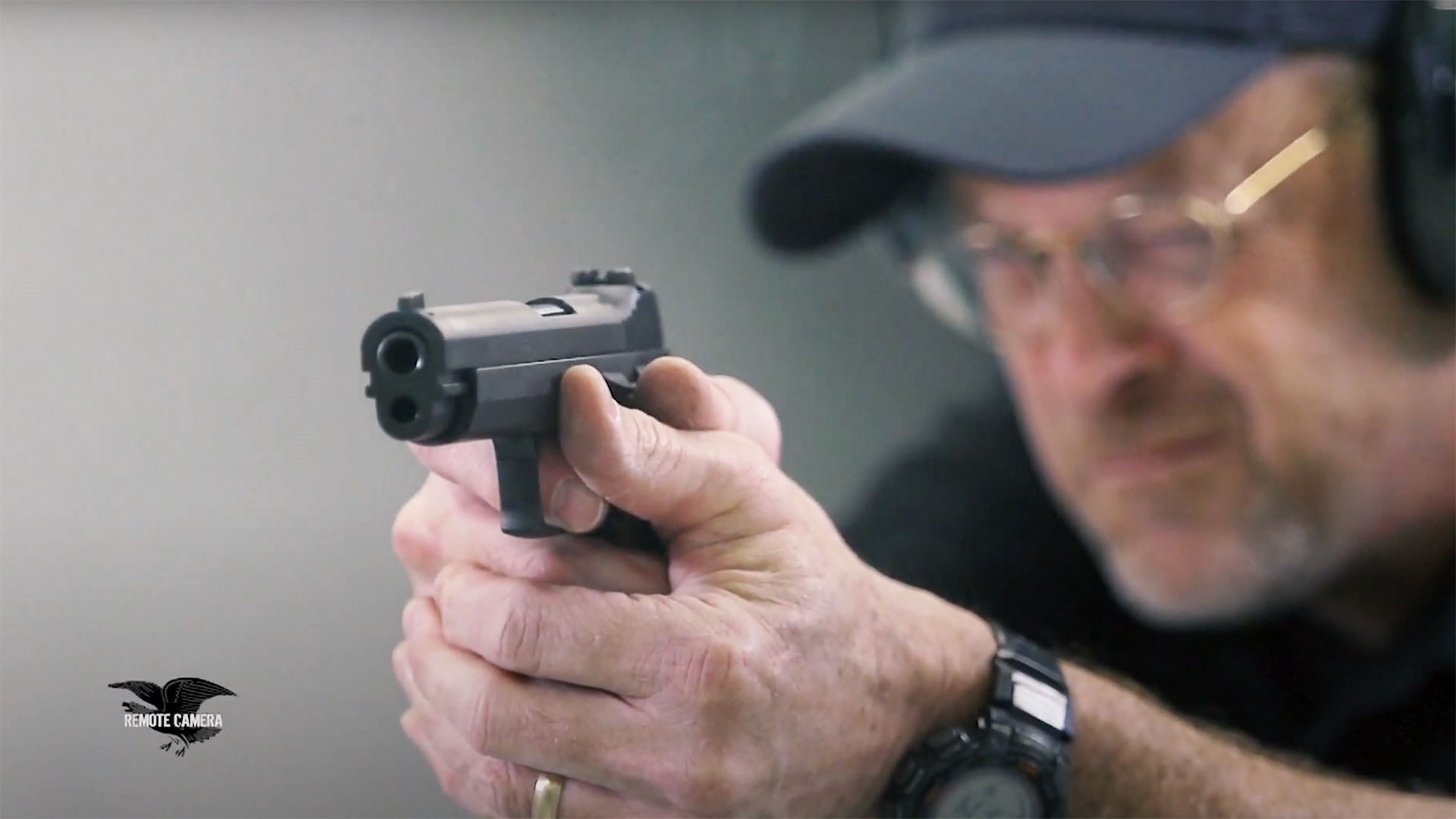 Testing the Sig Sauer P210 on the range.

On top of the slide, the P210 comes with a set of three-dot front and rear sight posts dovetailed in. The sights feature three white dots as the sight picture, and the rear sight post can be drifted within its dovetail to adjust for windage. Overall, the P210 weighs in at 36.9 ozs. unloaded. Form more information on the revived Sig Sauer P210, as well as SIG Sauer’s other pistol lines, visit sigsauer.com.