May 20, 2022 Guns In The News
Home»Commentary»The .22-250 Remington: History and Performance
Commentary

The .22-250 Remington: History and Performance

One of the interesting things to occur during the Great Depression is the amount of innovation and development that took place. As a kid, I recall my folks telling me of the desperate times they faced when they were kids during that tragic event. Later, in school, more tales of anxiety, misery and sackcloth left us the impression that virtually all development and commerce had ground to a halt.

However, in the firearms industry, things were pretty busy—as they often are when countries are arming up for war. Here in the U.S., the sporting arms market was busy as bees building a hive. Shooting and hunting were still considered mainstream activities, so development in these disciplines continued despite the economic turndown.

Varmint, pest or predator shooting has long been a popular way to stay afield, even after the big game seasons close. In 1885, Winchester introduced the .22 Winchester Centerfire. Chambered in the Model 1885 single-shot rifle and later in the Remington No.7 Rolling Block Rifle, it featured a 45-gr. lead bullet in front of a pinch of black powder, generating around 1,550 f.p.s. This is about the same as the .22 Winchester Rimfire that came along five years later.

During the late 1920s, a couple of experimenters from Springfield Armory—Col. Townsend Whelen and Grosvenor L. Wotkins—replaced the black powder with smokeless, and it became the .22 Hornet with a velocity of 2,690 f.p.s. Prior to that, Charles Newton working with Savage came up with the first .22-cal. centerfire designed for smokeless powder, the .22 Savage Hi-Power, in 1912 that sent a 71-gr. bullet downrange at 3,100 f.p.s. 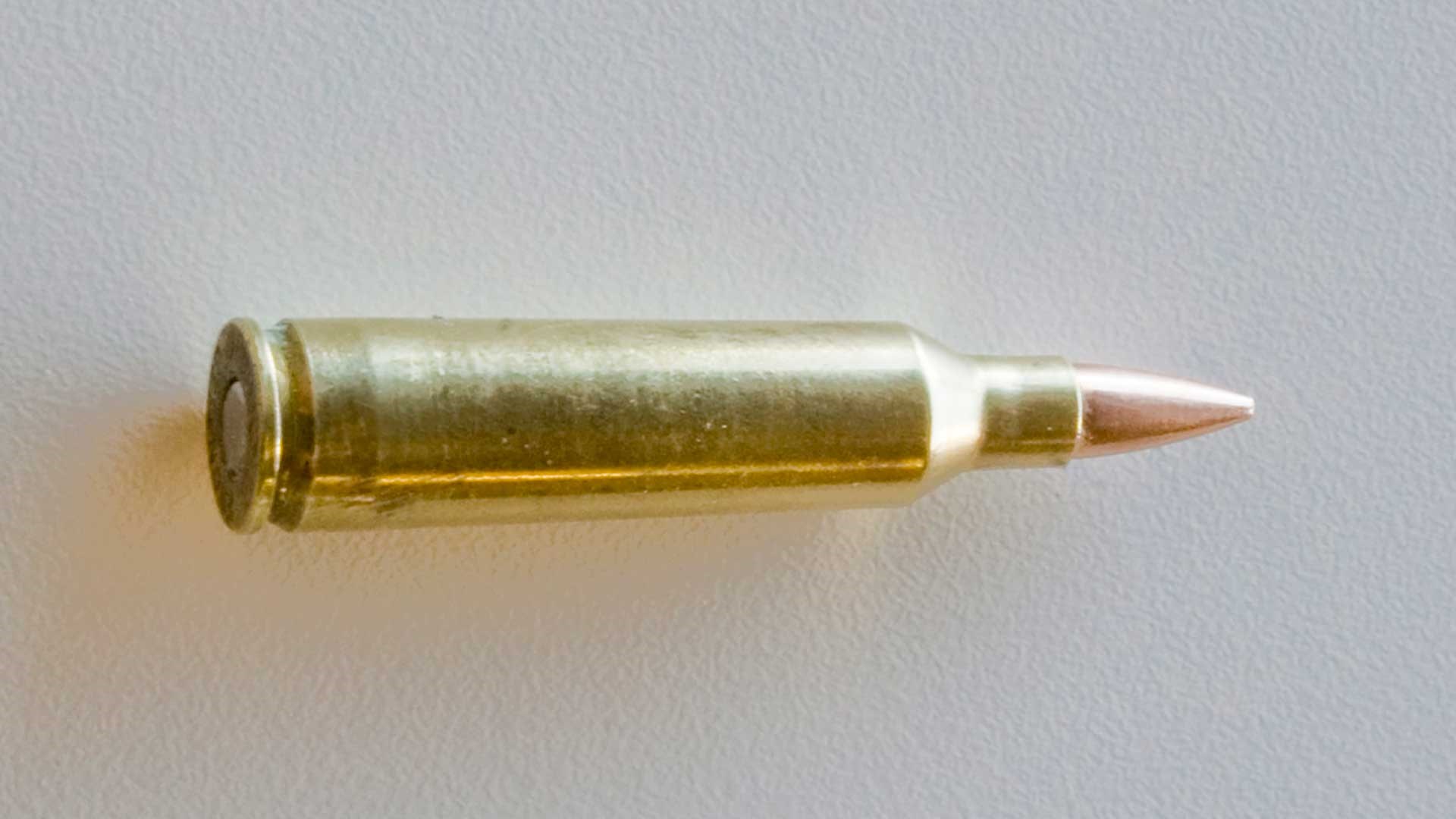 Another experimenter, Harvey Donaldson, along with Wotkins, J.E. Gebby, J.B Smith and John Sweany, began playing with the .250 Savage—a.k.a. .250-3000 Savage—case in an effort to crack the 4,000 f.p.s. barrier with a .22-cal. bullet. Known then as the .22 Varminter, Gebby’s design, and .22 Wotkyns Original Swift—with minor variances—it achieved its objective of 4,000 f.p.s. with a 40-gr. bullet in a 26″ barrel. Gebby and Smith it is said came up with the final design of the wildcat .22-250. The cartridge remained a wildcat for 28 years, despite being one of the more popular varmint cartridges.

When Remington added its name to the cartridge and began offering it in its Model 700 rifles in 1965, varmint shooters simply ate it up. They finally had a factory rifle chambered in a very hot cartridge that could smack a prairie dog or woodchuck from a quarter-mile away. Target reaction was impressive, to say the least.

One real advantage of the .22-250 Rem. had over its nearest speed competitor, the .220 Swift, was that the .22-250 Rem. was a bit softer on barrels than the Swift. The Swift—which came out in 1935 from Winchester—was birthed from the old 6 mm Lee Navy cartridge, and consistently produced velocities in excess of 4,000 f.p.s. Pre-war and early post-war barrel steels eroded fairly quickly with the Swift, though modern barrel steels are measurably tougher. Both cartridges have been quite popular for those who enjoy giving varmints an “aerial burial.” 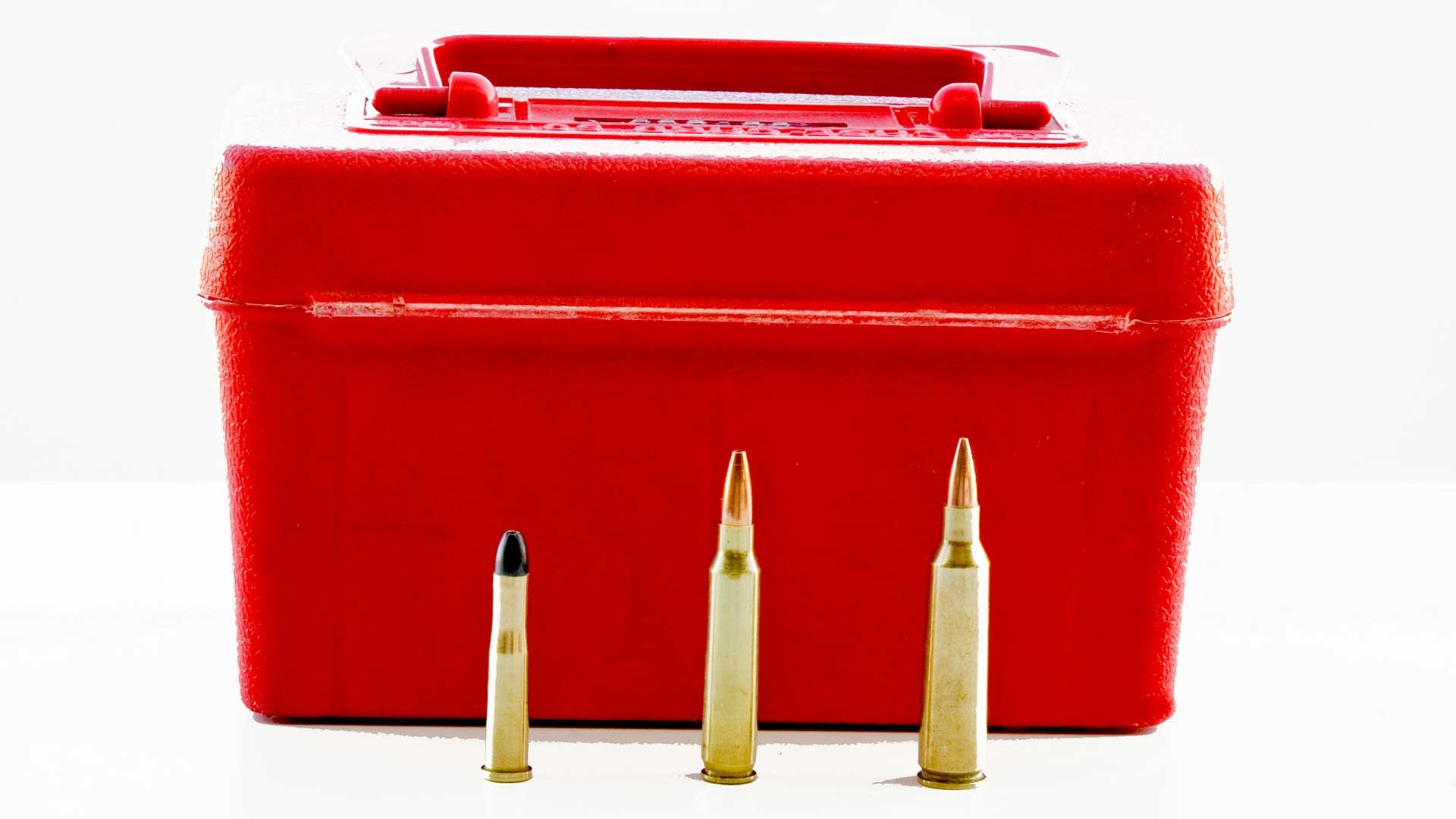 The Swift is largely obsolete now, though it can be found on the used market. The .22-250 Rem. remains a factory chambering and hasn’t lost its luster in 56 years. I bought my first .22-250 Rem. in 1980, a Ruger No. 1V. By 1990 I had burned out the barrel. I’d estimate that I put in excess of 6,000 rounds through that rifle. Targets were ground squirrels, marmots and prairie dogs in Wyoming and South Dakota, and ground squirrels in California.

That rifle shot consistently until about 5,500 rounds, when the groups started loosening up a bit. It doted on a handload consisting of 37.5-gr. of IMR 4350 behind a Hornady 52-gr. match hollowpoint. I didn’t have a chronograph in those days, but given other .22-250 Rem. loads that I have measured, I was probably getting a little over 3,600 f.p.s.

A couple of years after I bought the Ruger, I picked up a Remington 788 in .22-250 Rem. thinking it might be a pretty good coyote rifle. Turned out it was a little “too good” on coyotes. It blew big holes in the hide, making them far less marketable to fur buyers. But the cheapie Remington was about as accurate as the heavy-barreled Ruger. I traded the Remington some time later, and the Ruger went down the road as the groups got worse.

For about 10 years, I was without a .22-250 Rem., exploring other calibers for my varmint shooting chores. Then the thought of pasting prairie dogs at a quarter mile or more got under my skin again, so I picked up a Savage Model 12 LRPV in .22-250 Rem. The dual-port, single-shot with a 26″ bull barrel weighs 13-lbs. 8-ozs. with a Leupold Vari-X III 6-20 AO atop it. 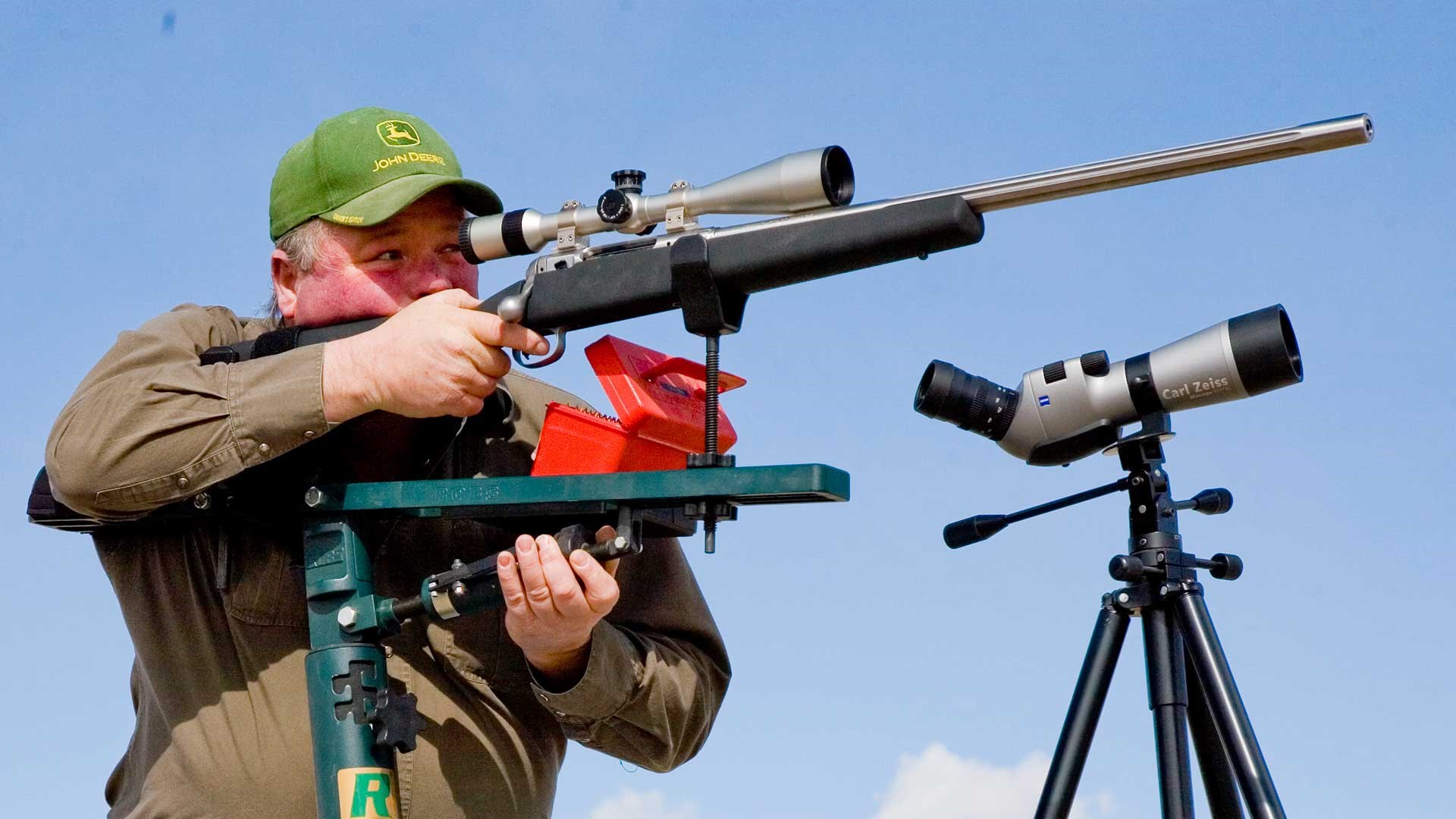 That barrel extracts about all the velocity one could expect from the cartridge, and easily produces sub-m.o.a. groups. I had the barrel threaded to accept a suppressor so I didn’t have to wear over-the-ear hearing protection during the hot summer months. If there is anything I dislike about this rifle, it’s the slow 1:12 twist rate that virtually mandates bullets weighing less than 50 grains. Those dinky bullets shed velocity rapidly, plus they get blown around quite a bit in the wind.

Although designed as a small game and varmint cartridge, the .22-250 Rem. just had to be tried on big game. Early on, results were pretty dismal with the relatively fragile varmint bullets blowing up on deer and elk without penetrating. Years ago, a guy who shoed my horses told me his Remington 700 in .22-250 Rem. was his elk rifle. He shot elk for meat only, meaning he shot cows, and he always made head shots. Today, we have heavier and more strongly constructed bullets, but with that slow twist rate, accuracy will probably suffer.

The .22-250 Rem. is now about 84 years old and still going strong. Kimber, Mossberg, Remington, Ruger, Savage and Winchester still offer rifles chambered in this octogenarian cartridge, along with most custom builders. It’s likely to stay around for a long time.

The .22-250 Remington: History and Performance