One of the key decisions in choosing an optic is whether the shooter wants a First Focal Plane (FFP) or Second Focal Plane (SFP) rifle scope. The chief distinction between the two being that in the FFP scope the reticle’s relationship grows or shrinks with the magnification, keeping a ballistic reticle with a milliradian (mil or MRAD) or minute of angle (m.o.a.) based scale ‘true’ at any given power, while with the SFP optic, the reticle size is constant and the mil or m.o.a. scale within is only true at full magnified power.

Shooters often like the unchanging reticle in a SFP but generally desire the first focal plane’s ability to use the mil scale ‘drops’ at any power. Many are also drawn to other second focal features such as frequently lower cost and weight. Many shooters will be happy to learn that there is a way to squeeze variable power use of a ballistic reticle from a second focal plane scope.

Conveniently, half power for many optics is at a very useful 5X to 7.5X magnification range that is often more suitable to a slightly unsteady support than the whole enchilada. As the zoom range has leapfrogged past the old standby 3-9X to 2-12Xs, 3-15Xs, and even more powerful magnification the need to use less than full power has increased. Full magnification is wonderful from the bench, a tripod, or a well prepared prone but often decreases shot quality when the position is less steady. Many shooters struggle to break a clean shot through a highly magnified image that is exaggerating the amount of wobble in an unstable position or even due to heavy breathing. Half power tends to quiet the image movement down dramatically and leads to better results when the rifle is less than fully stable.

In some cases, half power may not give quite the desired magnification at distance to cleanly place the correct hold. In these situations the shooter can start with the magnification and scale appropriately. For example, 2/3rds of a 12X scope would be 8X and then a 9 m.o.a. hold would require a 2/3rds adjustment to hold at the 6 m.o.a. sub-tension. Few of us like math on demand, but this is pretty simple with a little practice. 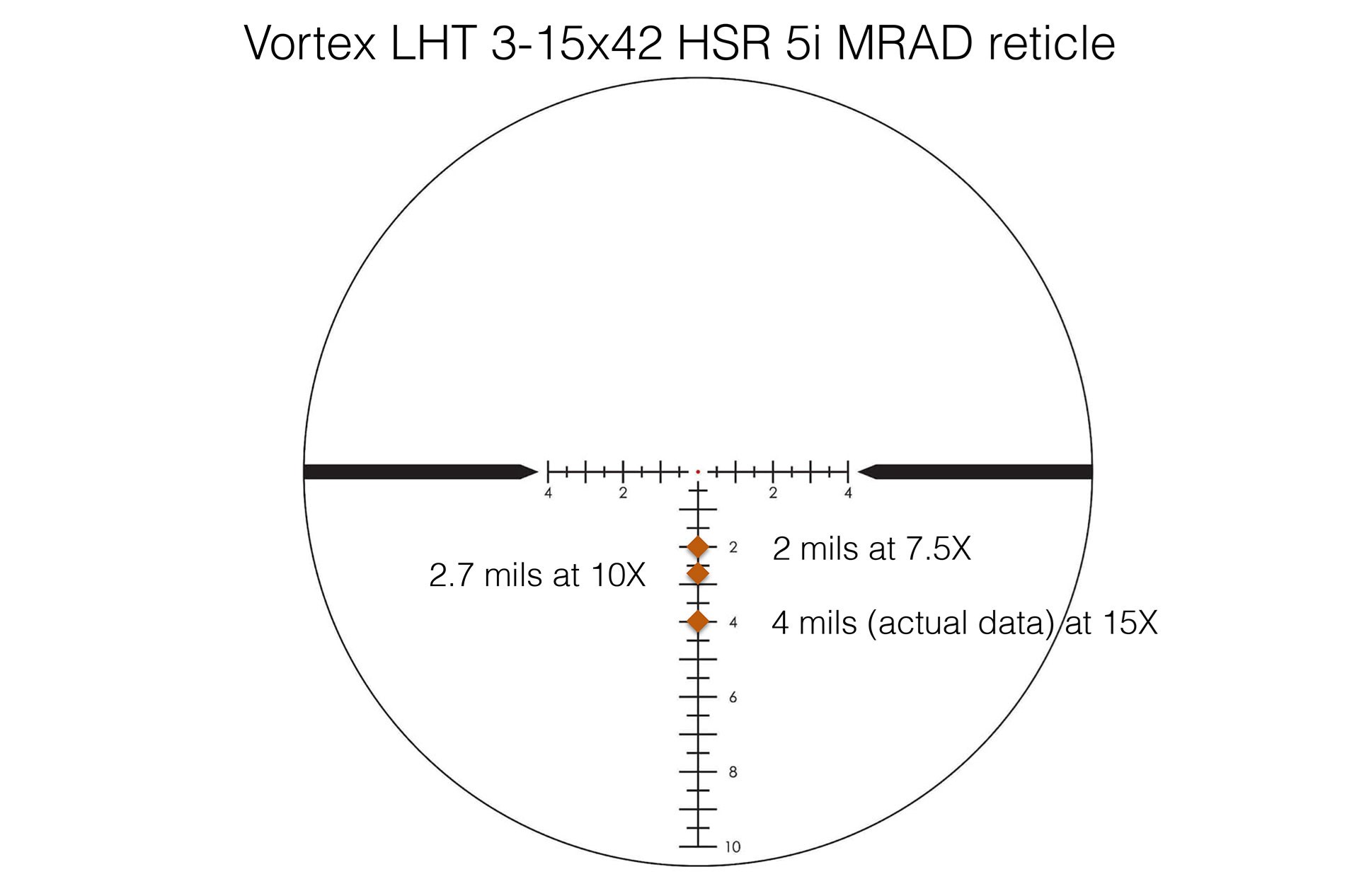 I took a Tikka T1x .22 LR rimfire with a Vortex 3-15X LHT with a great mil reticle (the HSR 5i) to shoot an example. With an MGM Targets target rack at 140 yards, the correct hold with CCI standard velocity ammo is 4 mils. I fired a group onto the 3″ plate at full power. Moving to the 4″ plate, I shot 10x, or 2/3 of the magnification with a 2.7 mil hold. Finally, the 5″ plate caught a half and half group with a 2 mil hold at 7.5X. At 140 yards, the modest .22-cal. standard velocity bullets are dropping a touch over 17″, so a shooter isn’t accidentally hitting a plate at any given magnification without the correct hold. The groups showed good hits at each power not terribly larger than the ammo’s average group size at 140 yards.

There is a caveat, though; not all scopes’ power rings are accurately marked. However, shooters can easily enough take a mil or m.o.a. reference at distance and verify the power level to reach the half (or 2/3, 3/4 etc.) and mark the ring accordingly. 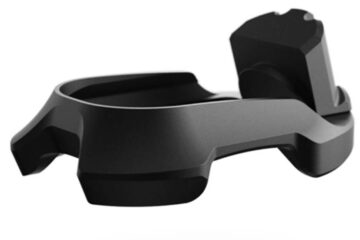