October 3, 2022 Guns In The News
Home»Commentary»The Evolution of the Modern Sporting Rifle
Commentary

The Evolution of the Modern Sporting Rifle

With the adoption of the SIG Sauer MCX Spear (XM5) by the U.S. military and the popularity of the civilian version making it difficult to find to find on store shelves, it’s time to take a closer look at this new style of Modern Sporting Rifle. The main difference between the Spear and the sporting rifles we all know is a piston-driven recoil system, albeit a slightly modified one. And SIG isn’t the only big name utilizing this system in modern sporting rifles; powerhouses such as CMMG and Palmetto State Armory have also joined the trend. We’ll talk more about those offerings further down. For now, let’s discover what makes the Spear and MCX different from its direct-impingement siblings, and why the U.S Military took the leap. 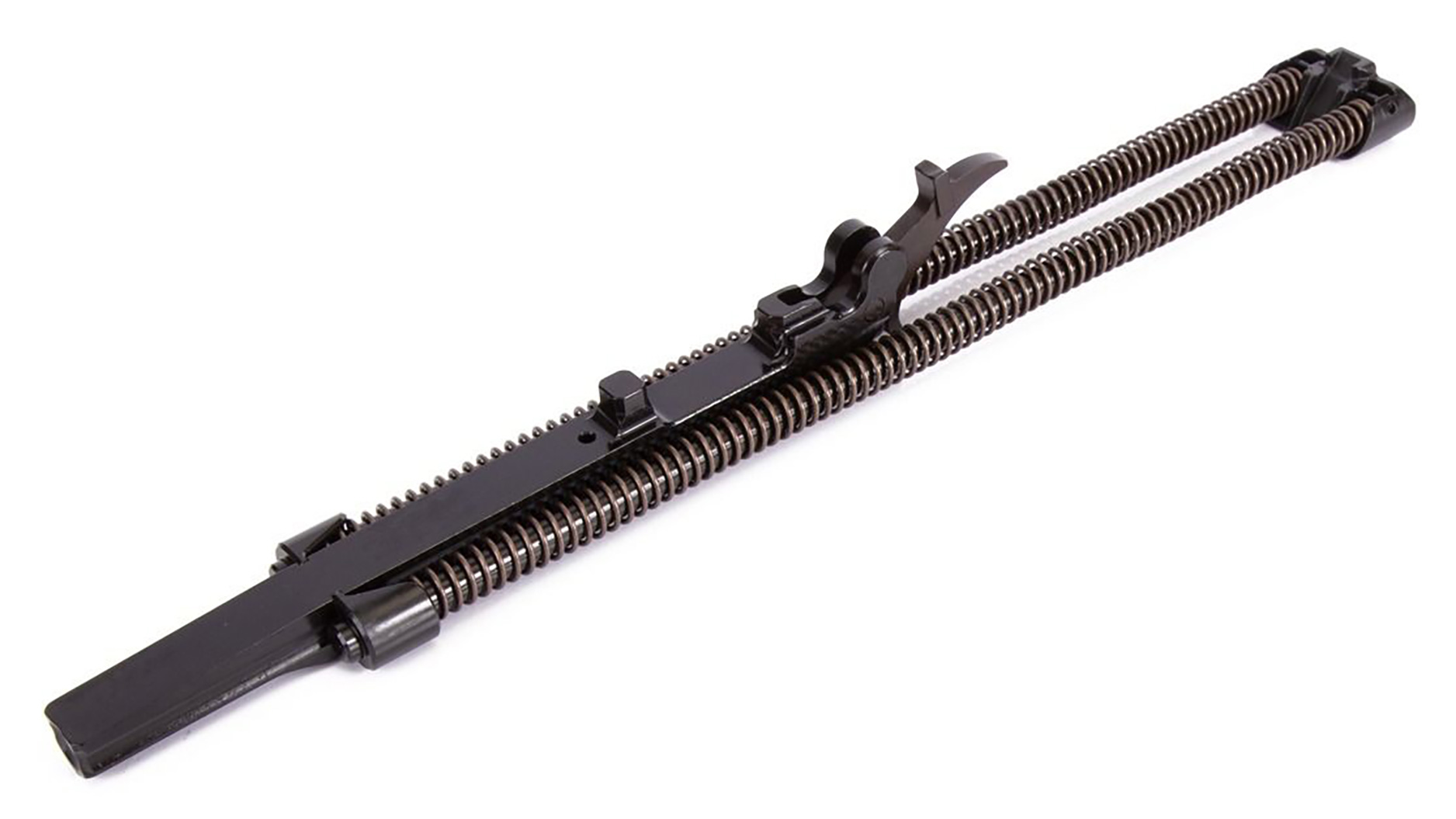 The Spear utilizes a familiar and proven, yet slightly altered short-stroke piston operating system. In a traditional short-stroke set up, the gas piston attaches to a single operating rod and return spring. When a round is fired, the pressurized gases force the piston rearwards into the operating rod, then into the return spring and bolt which subsequently cycles the next round. Instead, the Spear uses a proprietary dual return spring but with a single operating rod design. Along with being extremely durable and reliable, there are several other benefits of a piston system. One of the main benefits is how well it works with a suppressor.

Each rifle will be equipped with SIG’s new flow-through-style suppressor. In a direct-impingement system, gases, carbon fouling and noxious fumes are propelled directly into the upper receiver and bolt area. Flow-through suppressors help mitigate that gas blowback, but in combination with a piston system, blowback is reduced even more. This translates into a much safer operation of the weapon for the shooter and keeps the bolt much cleaner. A cleaner bolt means less malfunctions, and less malfunctions means an overall more reliable suppressed weapon system.

SIG also has included “self regulating” technology into the Spear. It claims the gun will auto-regulate the amount of gas pressure used to cycle the bolt. This can benefit by reducing felt-recoil by the shooter which can mean more accurate shot placement and follow up shots. It can also help reduce parts wear and breakage on the rifle. When the rifle can use less pressure and less force to cycle, it will do so on its own. Think of it as an adjustable gas block that the user doesn’t need to manually adjust. Say what you want about SIG, but the one thing they continue to do relentlessly is innovate.

Another downfall of the direct-impingement (DI) system is the overall length of the rifle due to the buffer tube and buffer system. Since the return springs in the short-stroke piston are contained within the upper receiver, the need for a buffer tube and buffer spring is eliminated. Instead of buffer-tube-mounted stocks or braces, a simple Picatinny rail attachment on the back of the rifle can be used. This presents infinite possibilities for different designs of stocks and braces that can save weight, length or bulk for the operator. If one wanted a side-folding stock on a DI rifle, a heavy adapter must be attached, and it cannot be fired while folded. In the case of the Spear, a foldable and telescoping stock can be easily incorporated, allowing for length of pull customization and storability in the field. Saving space and weight is important and will be especially important with the larger caliber and larger magazines, but that’s a topic for another time.

The U.S. Military has expressed its desire to incorporate this type of innovation into the field by writing a $4.5 billion check. This price tag also includes the new NGSW (next generation squad weapon) light machine gun and the 6.8×51 mm ammunition to feed them. When fully adopted, the Spear will bear the designation “M5” while the light machine gun will be called the “M250.”

SIG Sauer isn’t the only manufacturer innovating in the Modern Sporting Rifle space, though. CMMG and Palmetto State Armory have also released some interesting piston driven designs that will most definitely be hot sellers. 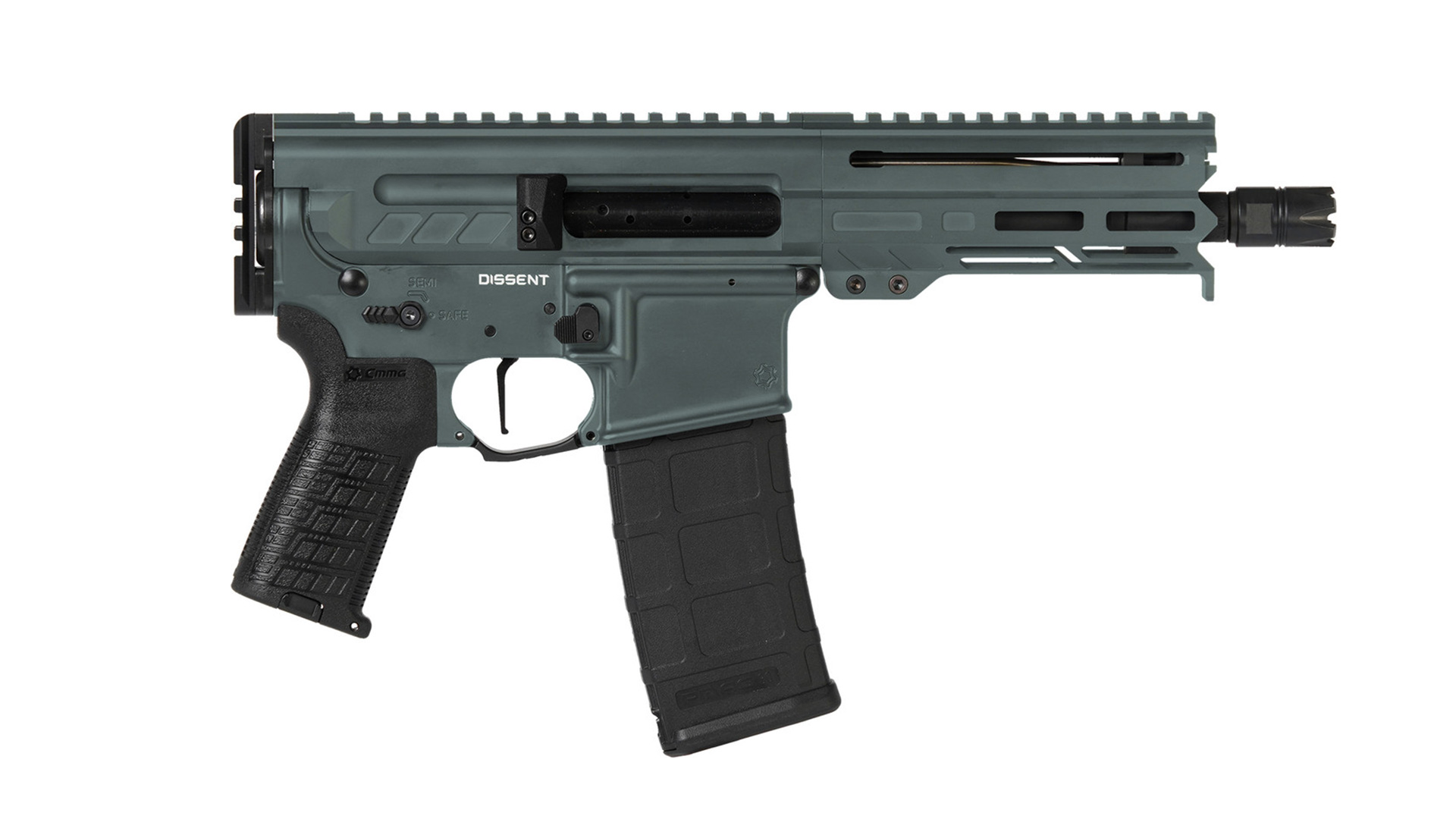 CMMG is known for its radial-delayed, blowback-operated firearms. While the Dissent still uses a radial-delayed blowback system, it has ditched the buffer tube and spring for CMMG’s new “compact action” recoil system. Very reminiscent of the SIG offering, the Dissent uses a dual spring in the upper receiver which shortens the firearm for extreme portability. They have also done away with the T-shaped charging handle in favor of an ambidextrous side-charging handle. A Picatinny adapter on the butt of the weapon grants the user a multitude of lightweight folding or collapsible stock or brace options. The complete package comes in under 5 pounds and has a uniquely slim profile. A 6.5 inch barrel and their proprietary 5.5 inch handguard makes this a top tier competitor in the concealable PDW realm. It will be available in several calibers such as: 300 Blackout, 5.56 NATO and 5.7x28mm, with rumors of other pistol calibers in the pipeline. The rifle calibers will use direct impingement while pistol calibers will use direct blowback, but both will use the compact action in lieu of a buffer tube. The Dissent is another great example of how modern sporting rifles and pistols are being transformed. 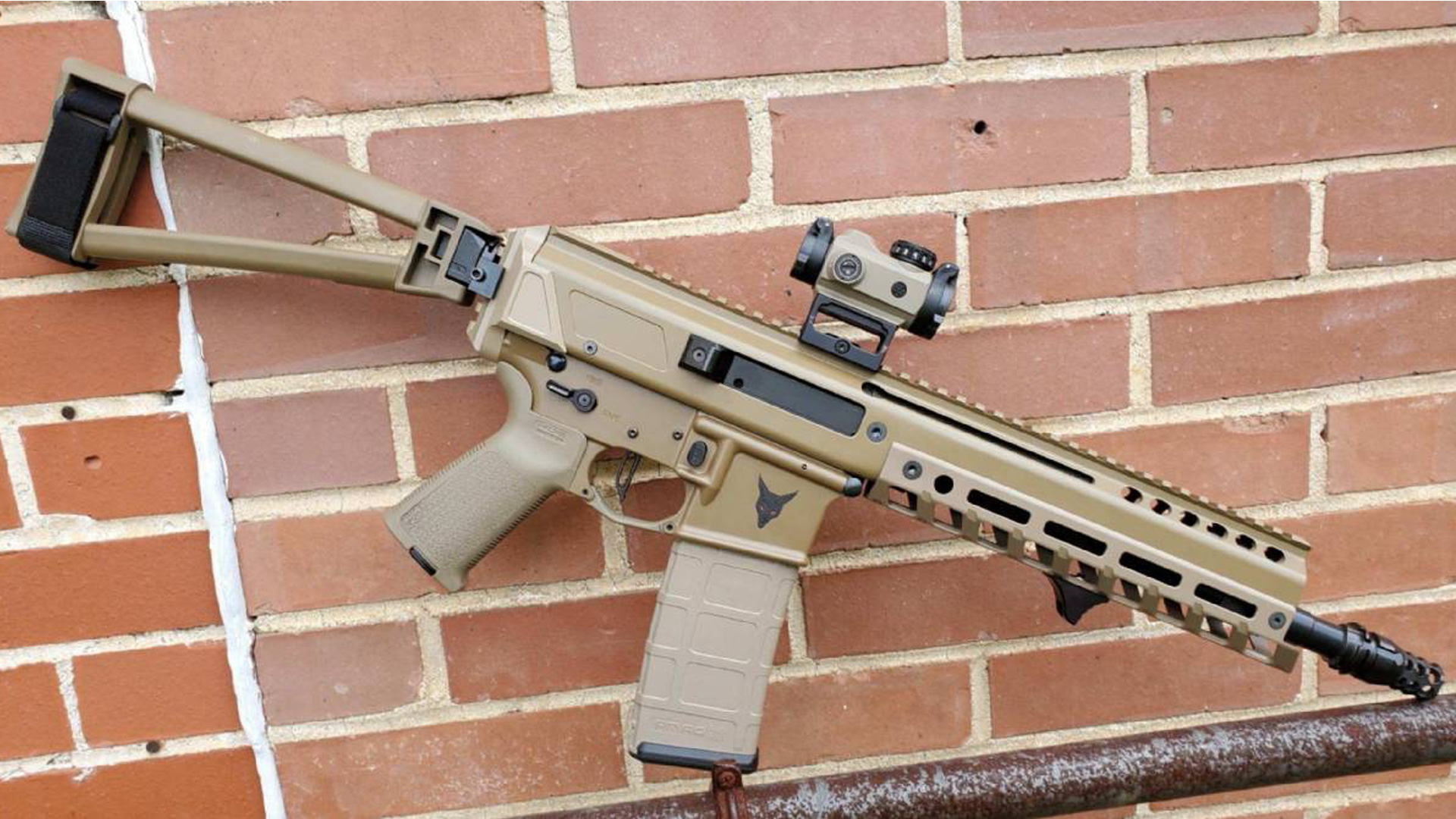 The Day Of The Jakyl?

The last, but in no way least, modernized MSR style weapon that’s creating waves is the Palmetto State Armory (PSA) Jakyl. PSA has come a long way from selling affordable rifles and parts kits to manufacturing and distributing some of the most-popular weapons on the market today. Their new line of AKs and AK variants are arguably the best American production AK’s out there. While we aren’t here to talk about their AK’s, the Jakyl uses a similar long-stroke piston design. This differs from the other two guns we’ve talked about, but has some similarities too. The piston system eliminates the need for a buffer tube and spring yet offers the same flexibility of stock choices with its Picatinny adapter. Like the SIG and CMMG, it also sports a side-charging handle for better ergonomics. A robust monolithic upper receiver houses the long stroke gas piston system and combines the upper and handguard for a solid mounting platform. The Jakyl is currently offered in a 10.5 inch pistol variant in 5.56mm caliber, but I’m almost certain other calibers and barrel lengths will soon be available. PSA continues to secure themselves a place in the hearts of 2A enthusiasts everywhere and have surely found a place in mine.

Using proven technology combined with modern manufacturing and design techniques, this is just a glimpse of what some of my favorite manufacturers have done to propel the modern sporting rifle (and pistol) into the future. I have no doubt that other big names will soon follow suit, as competition always breeds innovation. As the consumers, we reap the benefit of these new and innovative designs by getting to do what we love to do most: shooting them.

The Evolution of the Modern Sporting Rifle