Gun Sales Are Up 309%: The Voice that Tyrants & Mainstream Media Don’t Want You To Hear!

While The Masses Panicked Over The Coronavirus Hoax, The US House Wrote Another “Assault Weapons” Ban Bill

The Bureau of Alcohol, Tobacco, Firearms and Explosives (ATF) “Firearms Commerce in the United States, Annual Statistical Update 2019,” provides a variety of information on firearm production domestically, but also includes precisely how many guns each nation imports into the United States for the commercial market. Here’s a look at some of the numbers from the most recent year’s numbers, 2018, and their national source.

China imported 111,696 shotguns that year. According to the ATF report, “On May 26, 1994, the United States instituted a firearms imports embargo against China. Sporting shotguns, however, are exempt from the embargo.”

Broken down by type of firearm imported, the top three leaders in handguns (in descending order) were Austria, Brazil and Germany. In rifles the list was Canada, Brazil and Japan and for shotguns the top trio was Turkey, China and Italy. 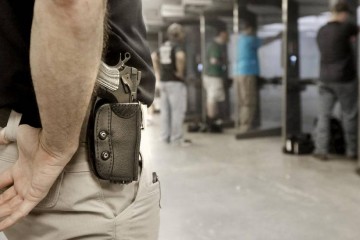