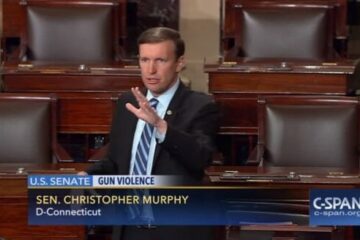 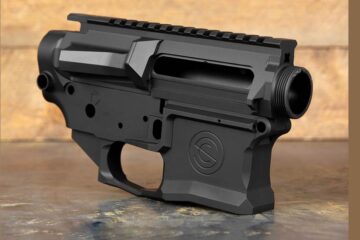 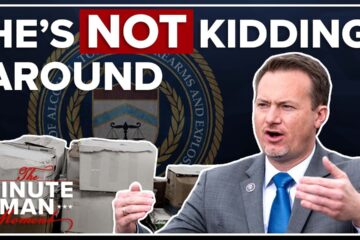 Donald Trump has issued a policy position paper on arms and overall, the claims are very good. The only issue is how will he actually plan to deal with what he proposes.

His position was posted at DonaldJTrump.com and it starts off with a very constitutional approach.

“The Second Amendment to our Constitution is clear,” he writes. “The right of the people to keep and bear Arms shall not be infringed upon. Period.”

“The Second Amendment guarantees a fundamental right that belongs to all law-abiding Americans,” the paper reads. “The Constitution doesn’t create that right – it ensures that the government can’t take it away. Our Founding Fathers knew, and our Supreme Court has upheld, that the Second Amendment’s purpose is to guarantee our right to defend ourselves and our families. This is about self-defense, plain and simple.”

I agree that we do indeed have a right to self-defense. I also think that the Second Amendment also encompasses something much larger than mere self-defense. It begins with “A well regulated Militia, being necessary to the security of a free State…” This is a crucial point because if we limit the Second Amendment to just self-defense, then there will be those who come along and express that we don’t need certain arms in order to defend ourselves, and this is even how many “conservatives” have argued. They fail to understand that arms are not only used by the people in self-defense, but also how arms are used by the people to secure a free state. And the militia mentioned in the Second Amendment is neither the US military nor the National Guard, but rather the people of the state they reside in.

Trump then adds, “It’s been said that the Second Amendment is America’s first freedom. That’s because the Right to Keep and Bear Arms protects all our other rights. We are the only country in the world that has a Second Amendment. Protecting that freedom is imperative.”

Again, I say this is well said. So, how is Trump projecting to do this?

His first point is to enforce the laws on the books.

“We need to get serious about prosecuting violent criminals,” read the position paper. “The Obama administration’s record on that is abysmal. Violent crime in cities like Baltimore, Chicago and many others is out of control. Drug dealers and gang members are given a slap on the wrist and turned loose on the street. This needs to stop.”

I agree it does need to stop, and he goes on to recount a program in the state of Virginia called Project Exile, which decreased murders committed with guns by over 60%. The program took 350 armed felons off the street, which was a good thing. The problem is always there is never justice brought upon the criminal. If there was, the people would not be paying to feed and house them for the time of their imprisonment, but deal with them swiftly and justly for their crimes, thereby eliminating their potential threat to the citizenry ever again.

Trump believes that more programs like Project Exile will make the streets safer for the people, but he adds that another important way to fight crime is to “empower law-abiding gun owners to defend themselves.”

“Law enforcement is great, they do a tremendous job, but they can’t be everywhere all of the time,” Trump writes. “Our personal protection is ultimately up to us. That’s why I’m a gun owner, that’s why I have a concealed carry permit, and that’s why tens of millions of Americans have concealed carry permits as well. It’s just common sense. To make America great again, we’re going to go after criminals and put the law back on the side of the law-abiding.”

I couldn’t agree more. However, I don’t know how a president would make this a reality since the federal government is not authorized to make law based on this. Most definitely, the president can encourage the states to do these things, which is perfectly within the scope of his ability to exercise free speech. I would think Trump needs to be questioned as to whether or not he believes these programs should be state or federal. If state, fine, but if federal, then there are constitutional issues.

“Let’s be clear about this. Our mental health system is broken,” reads the paper. “It needs to be fixed. Too many politicians have ignored this problem for too long.”

OK, but where in the Constitution is the authority to do anything about mental health?

“All of the tragic mass murders that occurred in the past several years have something in common – there were red flags that were ignored,” he adds. “We can’t allow that to continue. We need to expand treatment programs, because most people with mental health problems aren’t violent, they just need help. But for those who are violent, a danger to themselves or others, we need to get them off the street before they can terrorize our communities. This is just common sense.”

I agree there have been red flags, but those have been ignored by local law enforcement, as well as federal agencies. However, where does Trump get authority in the Constitution to “expand treatment programs”?

He does point out rightly that many mentally ill people are not necessarily violent, they just need help, and he also rightly points out that when they do engage in violence with guns, anti-gun agenda driven politicians go after law-abiding gun owners.

The final prong of his position is to do away with gun and magazine bans, enhance the national background checks sytem and implement a national right to carry, as well as arm our servicemen on military bases and in recruiting centers.

Trump rightly defines semi-automatic rifles, instead of calling them “assault weapons.” To be clear, Trump has previously said that he supported the assault weapons ban, which included these same guns.

“The government has no business dictating what types of firearms good, honest people are allowed to own,” he said. I agree so much that I would like to see him even declaring tanks as part of the Second Amendment.

A national right to carry is pretty much in the Second Amendment. Trump distinguishes between things like a driver’s license, which he calls a privilege, and concealed carry, which is a right. However, if it is a right, then why press for a concealed carry permit, which government charges you to exercise your right legally? Why not just eliminate all gun laws and uphold the Second Amendment? The problem I see with this coming from the federal government is that we all know that someone would want a federal databse of gun owners with these permits and that would be unconstitutional, but the right to carry your concealed weapon across state lines is something that should be acknowledged as lawful.

There are things that need clarification and Trump needs to flesh out his policies of how they would look from his position as President because you can’t hold to the Second Amendment and the Constitution and then start playing with it.

You Won't Believe What Honolulu Police Did to Waste $575,000 to "Keep Guns off the Streets"

A Greater Threat to Our Freedom than Terrorism! 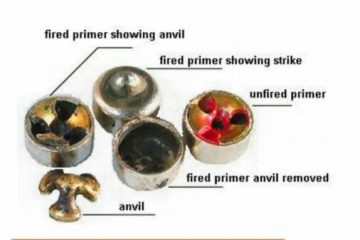