August 17, 2022 Guns In The News
Home»US News»UBCs Don’t Work: Colorado One Of Few US States With Universal Background Checks For Guns
US News

UBCs Don’t Work: Colorado One Of Few US States With Universal Background Checks For Guns

Editors’ Note: But they do infringe on the Fifth Amendment rights of Americans, as they deny them their liberty to exercise their Second Amendment-protected rights by assuming them guilty and must prove their innocence.

No amount of “gun control” will prevent these kind of events.  Colorado already has it. Perhaps addressing the motive, not the means (he could use a machete or an ax).
Related: Biden calls on Senate to pass GUN CONTROL ‘immediately’ after Boulder jihad mass murders but remains silent on religious motive.

Colorado Is One of Few U.S. States with Universal Background Check Gun Controls

Colorado is one of the few states in the Union that has the Democrats’ highly desired universal background check gun controls.

Moreover, firearm dealers “may charge a fee of up to $10 for conducting a background check” on a private sale.

Days prior to the bill being signed, Reuters reported Colorado Republican House minority leader Mark Waller warned, “If the goal is to enhance public safety, this bill won’t do it. If a criminal wants to perpetrate a crime he can still get a gun.”

The suspect is charged with ten counts of first degree murder.

California also has universal backgrounds, yet South Los Angeles witnessed a 742 percent surge in shooting victims during the first 16 days of 2021 alone.

Giffords’ gun control group notes claims, “Universal background checks are essential to close deadly loopholes in our laws that allow millions of guns to end up in the hands of individuals at an elevated risk of committing violence each year.”

UBCs Don’t Work: Colorado One Of Few US States With Universal Background Checks For Guns 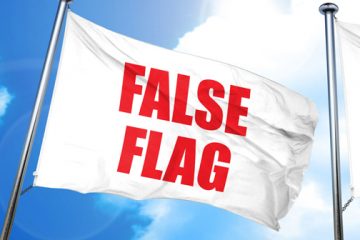