On January 25th, the Firearms Subcommittee of the House Public Safety Committee deferred action on House Bill 2310 to Friday, January 29th. It allows those who have already taken online firearms training prior to the ban, to use it towards their carry permit application for a limited amount of time. Please contact subcommittee members and ask them to SUPPORT HB 2310 in its original form.

House Bill 2310, sponsored by Delegate Chris Runion (R-25), allows individuals who completed online firearms training prior to January 1st, 2021, but were prohibited from appearing in person at their circuit court clerk’s office due to COVID restrictions, to apply for a concealed handgun permit through April 30th, 2021.

The ban on using online firearms training to satisfy the training requirement for a concealed handgun permit went into effect January 1st, 2021. This change was imposed at an inopportune time. Increased demand due to these times of uncertainty, and state restrictions on gatherings and on indoor shooting ranges due to the pandemic, led many to turn towards online training in order to exercise a constitutional right.

During the summer special session, the Senate passed legislation, sponsored by Sen. Richard Stuart, to delay enactment of this new requirement, citing these concerns. Unfortunately, the House of Delegates ignored this issue, despite the bipartisan support, and did not take action. It is not too late for lawmakers to recognize and alleviate these special circumstances by passing HB 2310.

In addition, the subcommittee voted to reject these pro-gun bills:

House Bill 1773, sponsored by Delegate Nick Freitas (R-30), would have allowed any law-abiding adult who is eligible for a concealed handgun permit to carry a concealed handgun without first having to obtain the permit, anywhere that open carry is already allowed.

Protect the Flock with a Glock 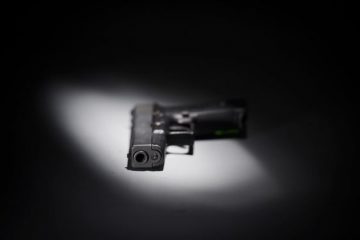