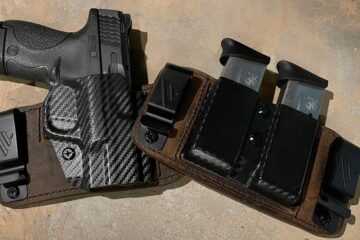 If we ban guns will we finally ban bad behavior?

In 2017, a lone individual killed 80 plus in France using a rental truck. If we ban rental trucks will we be able to ban bad behavior? In 2014, ten knife-wielding men killed 29 and injured over 130 in China. If we ban knives will the human race find the cure for bad behavior? Worldwide, over 1.3 million die annually in auto accidents, 20 to 50 million are injured or disabled, yet would we consider banning automobiles due to poor or impaired driving?

The paradox is that bad behavior means different things to different cultures.

Devout Muslims believe that not practicing Islam is bad behavior and will go so far as to say such behavior is punishable by death. They will use a vehicle, guns, knives, bombs, and other tools to carry out the sentence. How do you change the culture that breeds terrorism in the Muslim community? By banning the tools of their bad behavior?

No Borders – No Boundaries advocates believe that to oppose breaking immigration law is bad behavior. Extreme No Borders advocates will go so far as to reject Federal authority and threaten business owners who cooperate with Federal agents enforcing the law. How do you change the culture of the No Borders community – by banning the tools of their bad behavior?

Environmentalists believe that to not protect the environment is bad behavior. Extreme Environmentalists will go so far as to say that the ends justify the means. For example, they will use government force to kill, imprison, or destroy a person’s means of living. How do you change the culture of these extremists – by banning the tools of their bad behavior?

Abortionists believe that to oppose abortion is bad behavior. Extreme abortionists will go so far as to label anti-abortionists as domestic extremists and use government law enforcement to kill, imprison, or destroy a person’s reputation. How do you change the culture of these extremists – by banning the tools of their bad behavior?

Gun Control advocates believe that to own a gun is bad behavior. Extreme Gun Control advocates will go so far as to label anyone who supports gun ownership, like the National Rifle Association and individual gun owners, as ‘right-wing extremists’ responsible for mass shootings, even ‘murderers’. How do you change the culture of these extremists – by banning the tools of their bad behavior?

Enemies of the United States believe that to support dual federalism is bad behavior. These extremists go so far as to say domestic terrorism is comprised primarily of domestic right-wing extremists who, according to Harry Reid’s wording in the Patriot Act, apparently intend to ‘coerce and intimidate the civilian population and change government policy’. Groups like the NRA, Tea Party, Constitutionalists, Christians, Veterans, GUN-OWNERS, and so on are on the list. These patriot groups are lumped into the same official Federal documents as ‘White Supremacists’, ‘Hate Groups’ and ‘extremists’, having been covertly labeled and marginalized for the crime of doing their duty as citizens – peacefully, legally, and effectively changing policy.

Federal, State, and Local law enforcement were given ‘bad behavior’ labels by Congress, and subsequently, by the Department of Homeland Security in 2001 and 2009 respectively.

Under these ‘bad behavior’ labels, anyone who opposes any of the previously mentioned issues is presently defined either as ‘Domestic Terrorist’ or ‘Right-Wing Extremist’.

In other words, bad behavior has already been defined in America by Congress, long before last week’s mass shooting in Florida. The jig is up. If you support gun ownership you are bad – and the remedy is allegedly to ban the tools of the bad behavior.

Have our attempts to eliminate bad behavior worked so far in America? Legislation, for sure, hasn’t worked for mass shootings, murder, or other violence, just as it has failed for the poor and hungry.

Banning tools, like guns, will not eliminate the bad behavior of mass shooters, serial murderers, rapists, gangs, drug dealers, and other criminals. It only emboldens them.

But banning guns most certainly eliminates the so-called ‘bad behavior’ of patriotic Americans who support dual federalism, falsely labeled ‘Domestic Terrorist Right-Winged Extremists’. And along with it, eliminates the defense of all our other rights by the ultimate guardians of freedom, We the People.

The Language of Liberty series is a collaborative effort of the Center for Self Governance (CSG) Administrative Team. CSG is a non-profit, non-partisan educational organization, dedicated to training citizens in applied civics. The authors include administrative staff, selected students, and guest columnists. The views expressed by the authors are their own and may not reflect the views of CSG. Contact them at CenterForSelfGovernance.com