Now in their 20th year, the Golden Bullseye Awards are chosen annually to recognize the firearm industry’s best new offerings. Here are this year’s winners as selected by the editors of “The World’s Oldest And Largest Firearm Authority.” 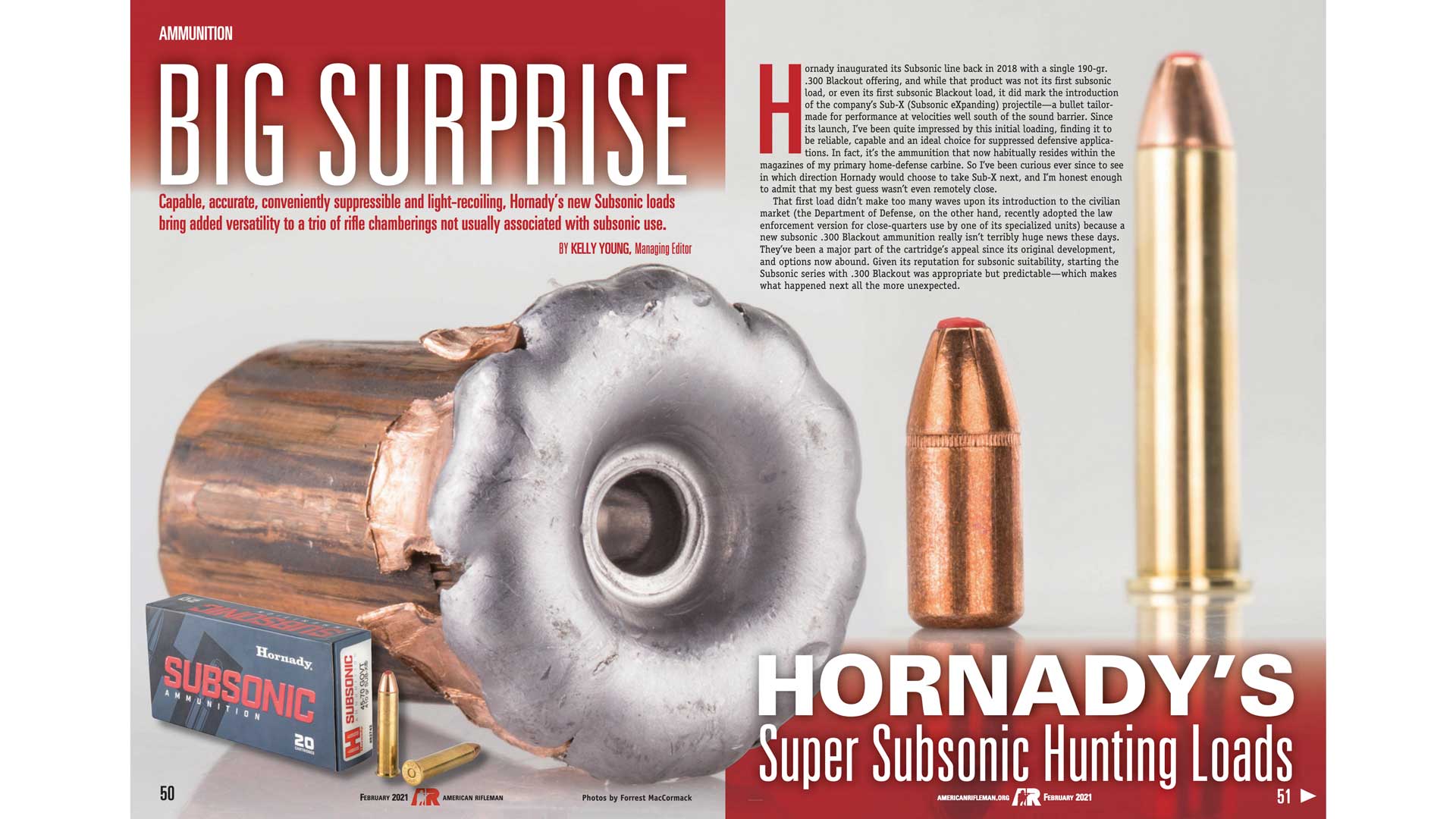 Designing hunting projectiles that reliably perform in game at subsonic velocities is a far more difficult task than developing bullets that only need to function at blistering supersonic speeds. So, for his story “Big Surprise: Hornady’s Super Subsonic Hunting Loads,” Young put two of Hornady’s new Subsonic rifle loads (the .450 Bushmaster and .45-70 Gov’t offerings) through a gamut of tests to confirm the performance of the company’s Sub-X projectiles. These included everything from our standard accuracy and function protocols to penetration testing in ballistic gelatin and decibel testing with a soundmeter—all of which the new ammunition passed with flying colors.

“[I]t was vitally important that Sub-X perform post-impact as intended, damaging as much tissue as possible, and Hornady’s engineers can pat themselves on the back—the results were impressive,” Young said. “Each projectile used its energy well, accomplishing a lot with a little, and was very well tuned to its impact velocity.” In general, subsonic hunting ammunition can be pretty hit or miss. So, for developing a new option that our testing proved both expanded and penetrated well, while being accurate, light-recoiling and conveniently suppressible, we awarded Hornady’s Subsonic hunting line Ammunition Product Of The Year. hornady.com

Bullpup Rifles Are Here to Stay