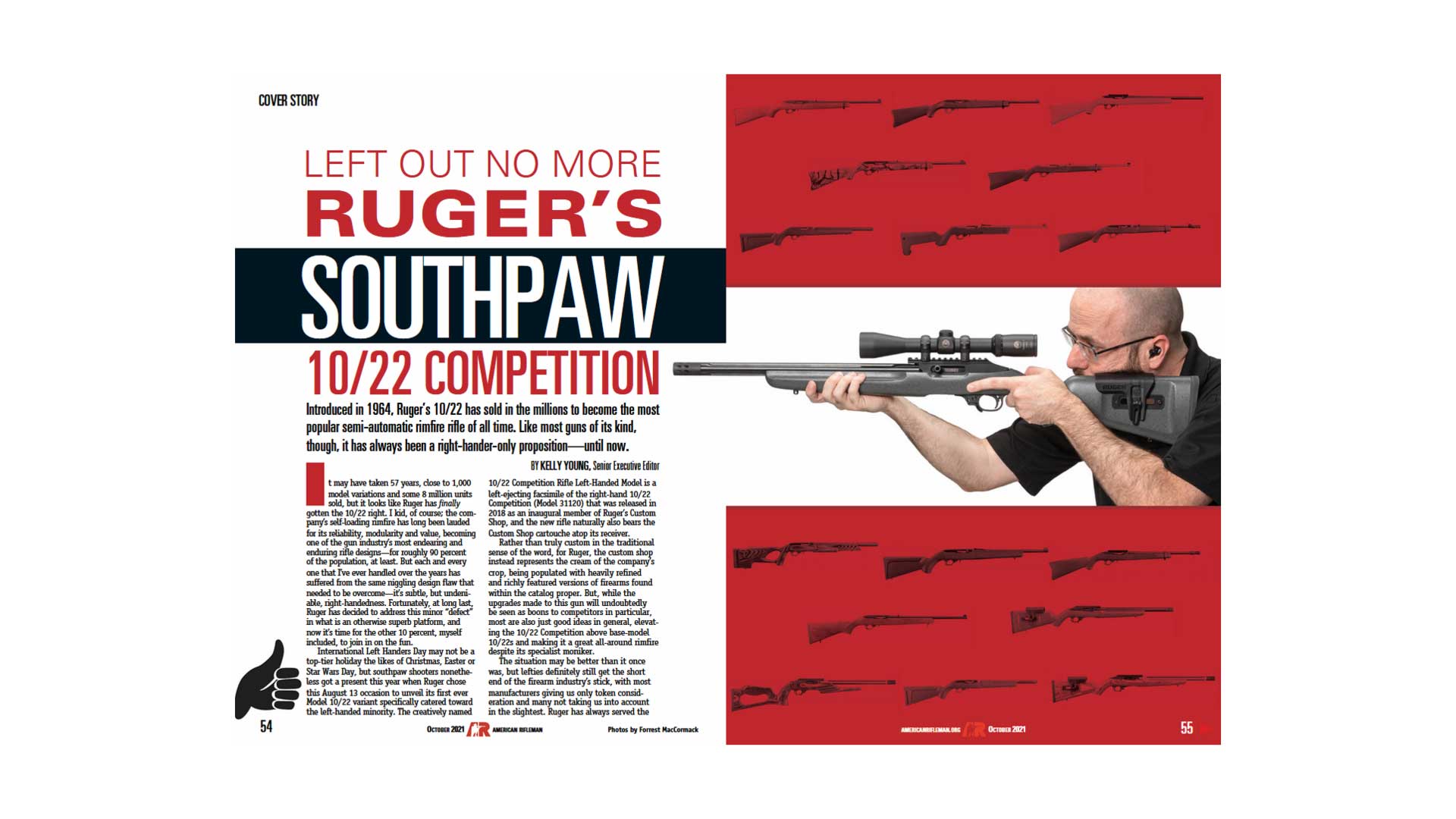 Since its 1964 inception, Ruger has produced more than 8 million of its semi-automatic 10/22 rimfire rifles in 1,000-plus variants, but it wasn’t until 2021 that the company made a left-ejecting model for use by southpaw shooters. In his cover story about the Ruger 10/22 Competition Rifle Left-Handed Model titled “Left Out No More,” Senior Executive Editor Kelly Young found the newest addition to Ruger’s Custom Shop to be a real performer packed with thoughtful upgrades. Among them are: a fluted, heavy-contour barrel; a rear bedding block; an integral 30-m.o.a. Picatinny rail; an improved bolt lock; a cleaning port in the rear of the receiver; and the company’s excellent BX-Trigger.

“[T]he left-hand 10/22 Competition managed extreme accuracy during its formal testing; I’ve personally never had a semi-automatic perform this well,” Young revealed. “For a rimfire rifle to excel under American Rifleman’s demanding 10-shot, five-group protocol at 50 yards, both the shooter and the firearm must be acting harmoniously—as was certainly the case here.” Between its superb performance at the bench and the opportunity that it affords underserved lefties to join in on the rimfire fun, the Ruger 10/22 Competition Rifle Left-Handed Model earned our recognition as Rifle Of The Year. ruger.com