Hollywoods celebrities and musicians are once again goosestepping with the Communists in America as they push for more gun prohibition laws against law-abiding citizens in full violation of the Second Amendment to the US Constitution.

“The mass shooting in Las Vegas has all of us grieving, scared, and angry,” Stone begins in the video.

“Knowing what to do about it can be confusing,” Bill Hader adds. “Here’s one thing that can make a difference right now.”

They are paid actors and actresses.  They live in fantasy land.  How in the world do some of these people even have a handle on reality?

Obviously, they have never looked at the reality of how mass shootings occur in gun free zones.  They’ve never read about Kennesaw, Georgia, a city that implemented mandatory gun ownership and saw crime become virtually non-existent.  They’ve never seen the effects of the gun prohibition laws they are advocating in cities like Chicago and New York City.

These are the same non-thinking people who don’t live in reality who promote gun violence in their movies and songs, and following the San Bernardino shootings put together another PSA of mindless, emotional statements to call for more gun prohibition.

At that time,  Julianne Moore

were among a group of Hollywood celebrities who joined President Obama in a post-San Bernardino gun control video ad produced by Everytown for Gun Safety.

The three actresses were joined by other celebrities–including Kevin Bacon

–each of whom take turns looking into the camera to say, “We can end gun violence.” No one explains how to end it, but they take turns saying the words and, at times, repeat the sentence over and over together.

Obama takes time to say, “When we come together, Americans can do anything.”

No mere man nor woman can end gun violence.  Government can’t end it either.

In fact, following the Las Vegas shootings, Senator Dianne Feinstein stupidly called for a ban on bump stocks.  That was quickly backed by Communists and Socialists posing as Republicans.

However, she then admitted that there is virtually no law that could have stopped the shooting in Las Vegas, and that’s because criminals don’t care for laws.  Write all that you want, unlawfully and unconstitutionally I might add, and you will not stop a single shooting.

Someone send this video to these Hollywood Commies.

However, put a gun or several guns in the hands of law-abiding citizens who are on the scene of a crime being committed and chances are that you will either stop the crime before it occurs or at least minimize victims.  Just take a look at what happened in Garland, Texas, or in Oklahoma, for example.

Our Second Amendment was designed for those who represent us to keep their traps shut and their pens away from legislation that attacks the right to keep and bear arms and the ability to acquire them.

In fact, it was designed to keep DC and any government from writing legislation that infringes on the right of the people to “keep and bear arms” of any sort, including bump stocks.

The Second Amendment is not about plinking, target practice and sports shooting any more than the First Amendment is about the environment!

The Second Amendment is about keeping a free state from bureaucrats like Mrs. Feinstein and the useful idiots in Hollywood who serve the purposes of their masters, along with standing armies who want to impose their tyranny against our God-given rights.

A well regulated Militia, being necessary to the security of a free State, the right of the people to keep and bear Arms, shall not be infringed.

That militia is the citizens of the states and they are to be funded and trained by Congress, per the Constitution.

One thing to keep in mind with anything put out by Bloomberg’s gun prohibition groups is that they are known liars and are advancing an agenda.  They care not for your safety or the safety of other Americans.  They care about control… total control from the womb to the tomb.

This is just more of that same propaganda.

Federal Bureaucrats Have Millions Of Dollars Worth Of Guns And Ammo - Whom Are They Planning To Battle? 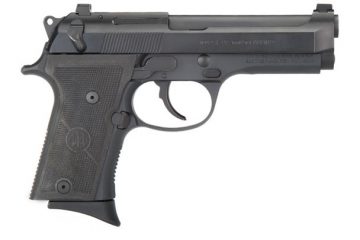