February 4, 2023 Guns In The News
Home»US News»CNN’s Sally Kohn Gets Fact Checked on Column about 10,000 Children Killed with Guns
US News

CNN’s Sally Kohn Gets Fact Checked on Column about 10,000 Children Killed with Guns

As I’ve pointed out before, gun grabbers and hoplophobes are constantly lying in order to demonize guns or demonize gun owners. But facts are stubborn things, and it seems that CNN’s Sally Kohn is finding this out the hard way after she was fact checked concerning her outrageous claim that 10,000 children are killed by guns every year.

Keep in mind that Kohn thinks that 10,000 children killed by firearms must require passing “the most measly common sense safety laws,” but when it comes to the hundreds of thousands of babies that are dismembered, burned and crushed to death, both in and out of their mother’s womb, and their parts sold to research companies, Kohn is strangely silent.

Kohn says that she got her statistics of 10,000 children being killed by guns from the American Academy of Pediatrics. Yet, she failed to link to her source.

Radio host John Cardillo read her column and pointed out that she was completely out to lunch, even providing her FBI crime statistics from 2014. According to the FBI crime statistics provided, 11,961 total homicides occurred in 2014. However, instead of the 10,000 number provided by Kohn, the real number of victims under 18 was only 1,085 for the entire year!

He then followed up with this embarrassing tweet, which even if Kohn had multiplied the right number by twelve, she would have had a larger number.

.@CNN, @sallykohn falsely multiplied the # of kids killed by guns by twelve. Does no one at CNN fact check before publishing content?

Her piece has now been updated with an editor’s note at the bottom and a correction:

Editor’s note: An earlier version of this opinion essay misstated the number of children killed every year by guns. 10,000 children are killed or injured by guns every year, according to American Academy of Pediatrics.

While we all can make mistakes, and that could have occurred here, but given the attacks that come against guns and gun owners and the Second Amendment, one has to wonder if she knew better and only made her correction because someone called her out on it. Thankfully, at least she did correct the article and provide a correction. However, Kohn continues to push the narrative, “For sure, there’s no Second Amendment right to Easy-Bake Ovens. But the Second Amendment doesn’t mean we have to hand out guns like candy without reasonable safety precautions and regulations.”

Currently, that doesn’t happen. There are a myriad of regulations regarding guns, but those regulations don’t make people follow them, they just criminalize them if they are caught. My goodness, anyone who has ever purchased a gun knows that Kohn doesn’t know what she’s talking about.

Furthermore, it’s worse when she cites Supreme Court Justice Antonin Scalia who said regarding the enumerated powers of Congress. It isn’t in the Second Amendment. It isn’t part of the authority of the executive or the judicial branch, so where are you claiming such authority to impose limitations on the Second Amendment? It’s called usurping authority! And Kohn is all for it as much as every other person who believes the state has the authority to infringe on the God-given rights of its citizens regarding arms.

As I’ve said before, if government did what it is supposed to do regarding those that do evil, they would be punishing them according to their crimes (Romans 13:1-5) in order to bring justice and protect those who do good. However, we are moving more and more towards not bringing justice to violent criminals worthy of the death penalty and just locking them up at taxpayer expense for years, then releasing them. What does this bring about? Simple. It brings about injustice towards law-abiding citizens. First, they have to pay to keep the criminal up. Then, they have to pay with their rights being infringed by going through background checks to make sure they are not one of those law breakers they spent their tax money on keeping up all those years. See how that works when you don’t bring about justice? You lose your liberty.

CNN’s Sally Kohn Gets Fact Checked on Column about 10,000 Children Killed with Guns 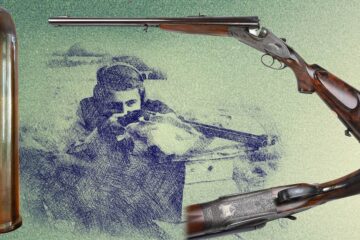