June 30, 2022 Guns In The News
Home»Commentary»Compensators On Rimfire Rifles Can Make Sense
Commentary

Given that a .22 LR rifle has virtually no recoil or muzzle rise—regardless of the load—adding a comp to a rifle may seem like a waste of money. But, that’s not always the case. In fact, there can be some solid reasons for sticking a compensator on a rimfire rifle. 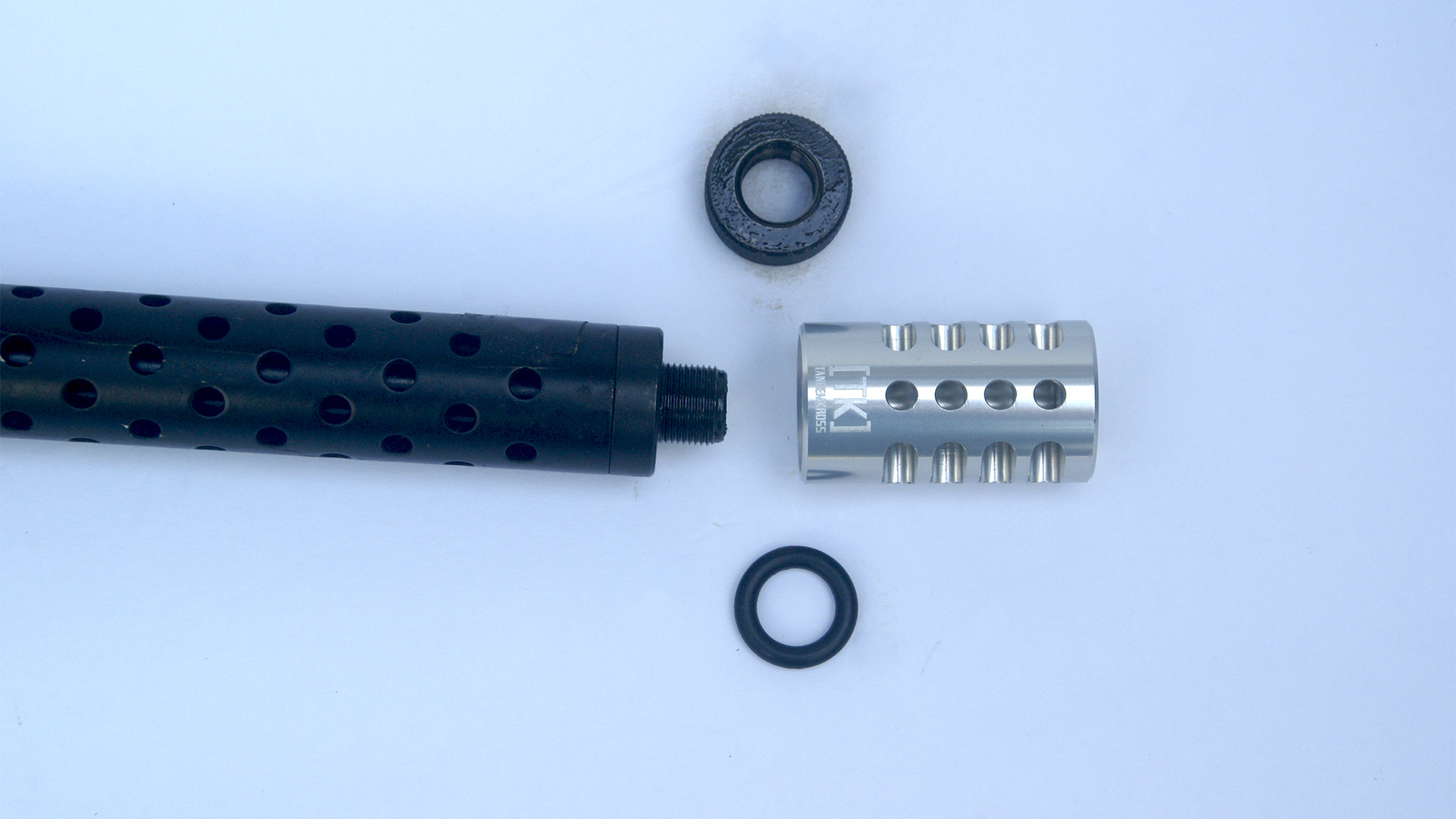 Most competition-oriented rimfire rifles are factory-threaded 1/2×28, making the installation of a comp easy.

The biggest advantage to a compensator on a rimfire rifle is for Steel Challenge and Metal Madness shooters, because it increases the muzzle blast noise to a point where the timer can pick it up if the shooter is using standard velocity (sub-sonic) ammo.

During the two decades I’ve been shooting (and occasionally serving as a Range Officer) in Steel Challenge, I have yet to see a timer fail to pick up sub-sonic ammo from a pistol. But, when the longer rifle barrel moves the muzzle noise further from the Range Officer and timer, I’ve seen many instances when the timer didn’t record the shot.

Few things are more disruptive to a shooter’s match rhythm than running a mid-two-second string and having a head-shaking Range Officer tell you the timer only picked up three rounds, and that you have to re-shoot. And then having the same thing happen again. Been there, done that.

That doesn’t happen with high-speed ammo, since the sonic crack will register on any timer I’ve seen. Many rimfire rifle shooters opt for high-speed loads for this reason. But in today’s rimfire ammo marketplace, it’s not always a matter of shooting what you want. Sometimes you have to shoot whatever you’re lucky enough to find. Adding a comp levels the playing field, and lets the shooter run whatever ammunition they have without worry. 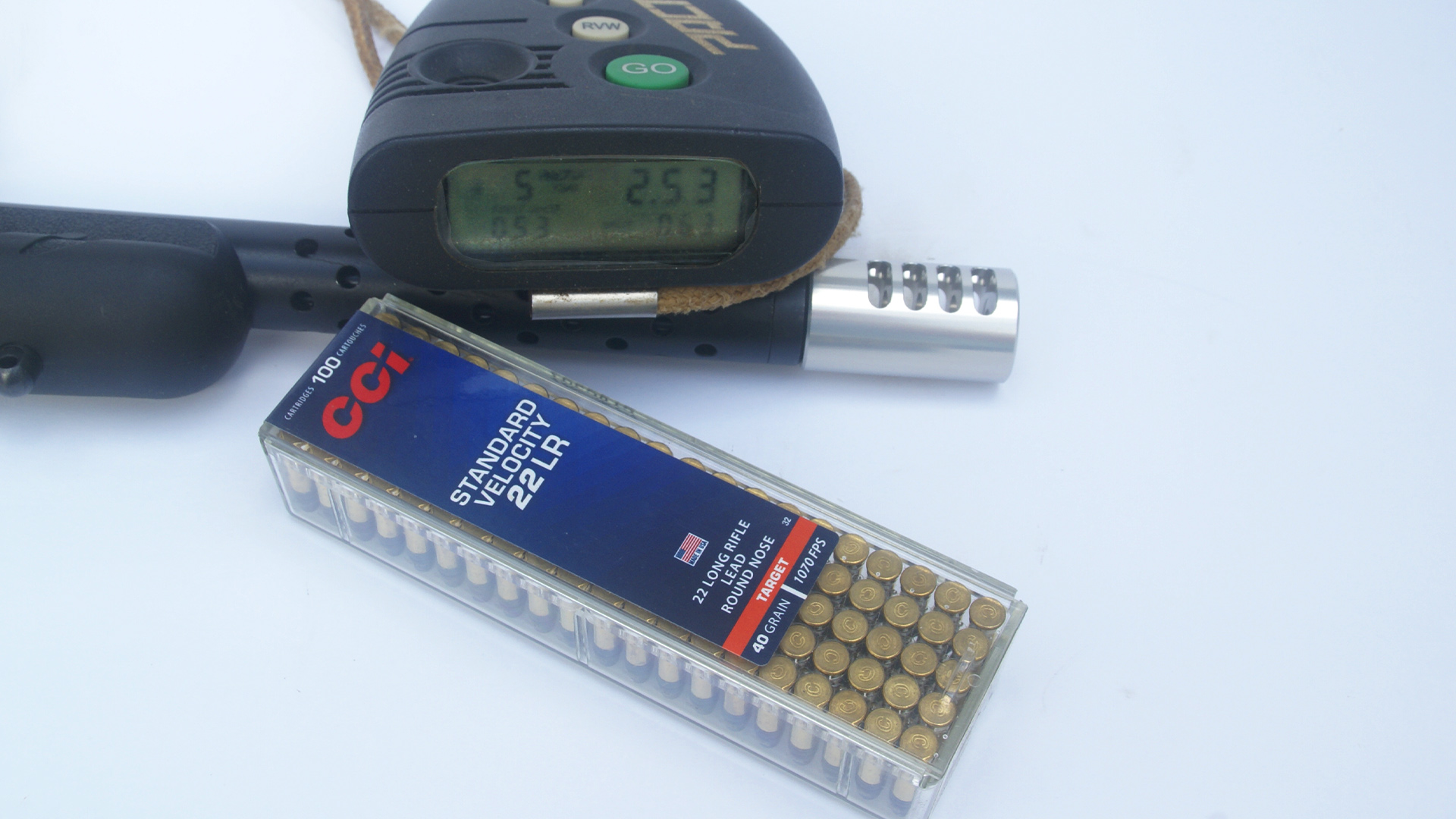 An inexpensive comp, such as this Tandemkross Game Changer, can keep a shooter from losing a good run when shooting standard velocity ammo.

While the increased noise level is a distinct advantage for Steel Challenge and Metal Madness shooters, there can be an advantage for rimfire rifle shooters in other games.

A compensator can sometimes increase accuracy. After equipping the Tandemkross Game Changer ($34.99, tandemkross.com) I have produced little accuracy change on one of my rimfire rifles, but another saw 50-yard groups shrink from 0.78 inches to 0.39 inches with the same load. That’s inconsequential for the steel games, but when the targets shift to paper with tight little scoring rings, it can add a few points to the score.

If the rifle is threaded standard 1/2×28, adding a comp isn’t expensive. And, considering the ammo freedom and aggravation relief, it can be money well spent.