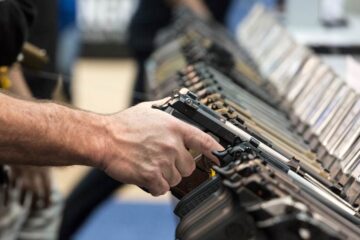 May 21, 2022 Guns In The News
Home»Commentary»Dedication To Safety Shows At Hornady
Commentary

Hornady has earned another “Nebraska’s Safest Company” award from the Nebraska Chapter of the National Safety Council. It’s the second year in a row the company has been recognized for its dedication to the safety and health of its staff when they are on the job.

The National Safety Council, Nebraska Chapter, held its annual Celebration of Safety on May 11. During the event, the council recognized 107 organizations that have demonstrated exemplary dedication to employee safety by designating them “Nebraska’s Safest Companies.” All four divisions of Hornady received the award, with three divisions earning the award with distinction for maintaining injury rates less than half the national average.

“Winning a Nebraska’s Safest Company Award clearly illustrates a company’s commitment to ensuring that their team members return home safely to their families at the end of each workday,” said Eric Koeppe, president/CEO, National Safety Council, Nebraska. “The Celebration of Safety honors the Nebraska organizations that have achieved excellence in safety this past year and we are proud to recognize their achievements in providing a safer Nebraska.”

“Keeping our staff safe at work has always been a Hornady core value,” said Jamie Lemburg, Hornady safety manager. “Our dedication to safety is validated by earning a Nebraska’s Safest Company award for two years in a row.”

The National Safety Council–Nebraska Chapter was formed in 1924. Its mission is to promote safety and health by providing programs, resources, education and advocacy to reduce both the personal and economic loss associated with injuries, accidents and health hazards. The Council is a private nonprofit organization that partners with businesses, schools, law enforcement, firefighters, hospitals and Nebraska communities to provide education and training focused on keeping Nebraskans safe.