Diamondback Firearms is typically known for its AR-derived rifles and large format pistols, along with its smaller polymer-frame pistols. However, the company added something a little more unusual to its lineup in November 2021, with the release of the company’s first revolver. The Diamondback Sidekick offers the handling and aesthetics of western style revolvers, but with a double-action/single-action mechanism, fast loading and unloading and the ability to accept .22 LR and .22 WMR cylinders. Watch the video above to see the Sidekick in action. 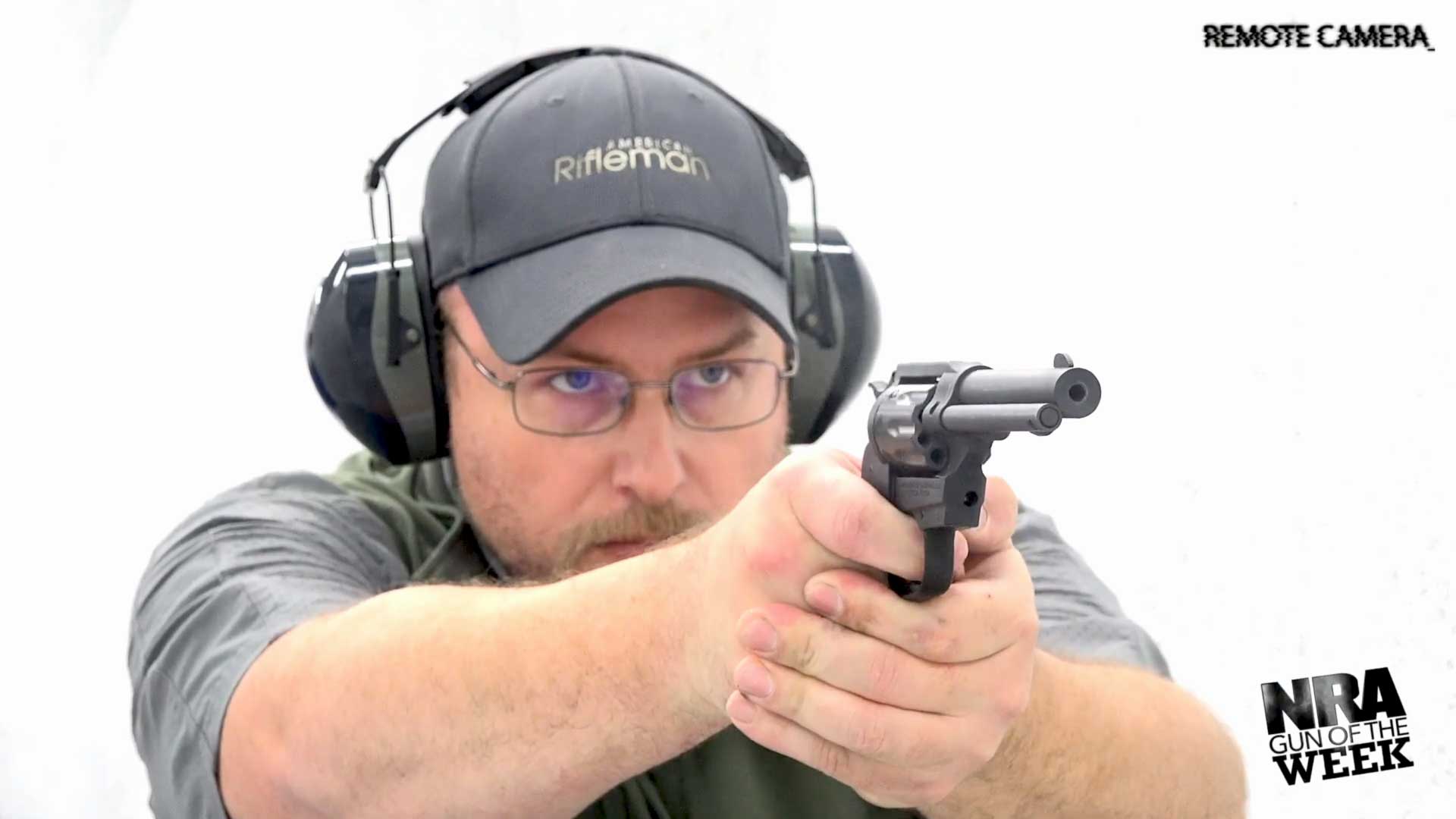 The Sidekick, externally, has a familiar look that matches a growing rimfire-chambered, western-style revolver market. Like those other current-production guns, the Sidekick is also a .22-caliber rimfire revolver. Yet, unlike many other similar offerings, the Sidekick is convertible from .22 LR to .22 WMR, and comes with an extra .22 WMR cylinder that can be swapped out with ease. The ability to swap from .22 LR to .22 WMR allows the Sidekick to be utilized for a variety of tasks, from simple target practice at the range, to pest control to small-game hunting, if so desired. 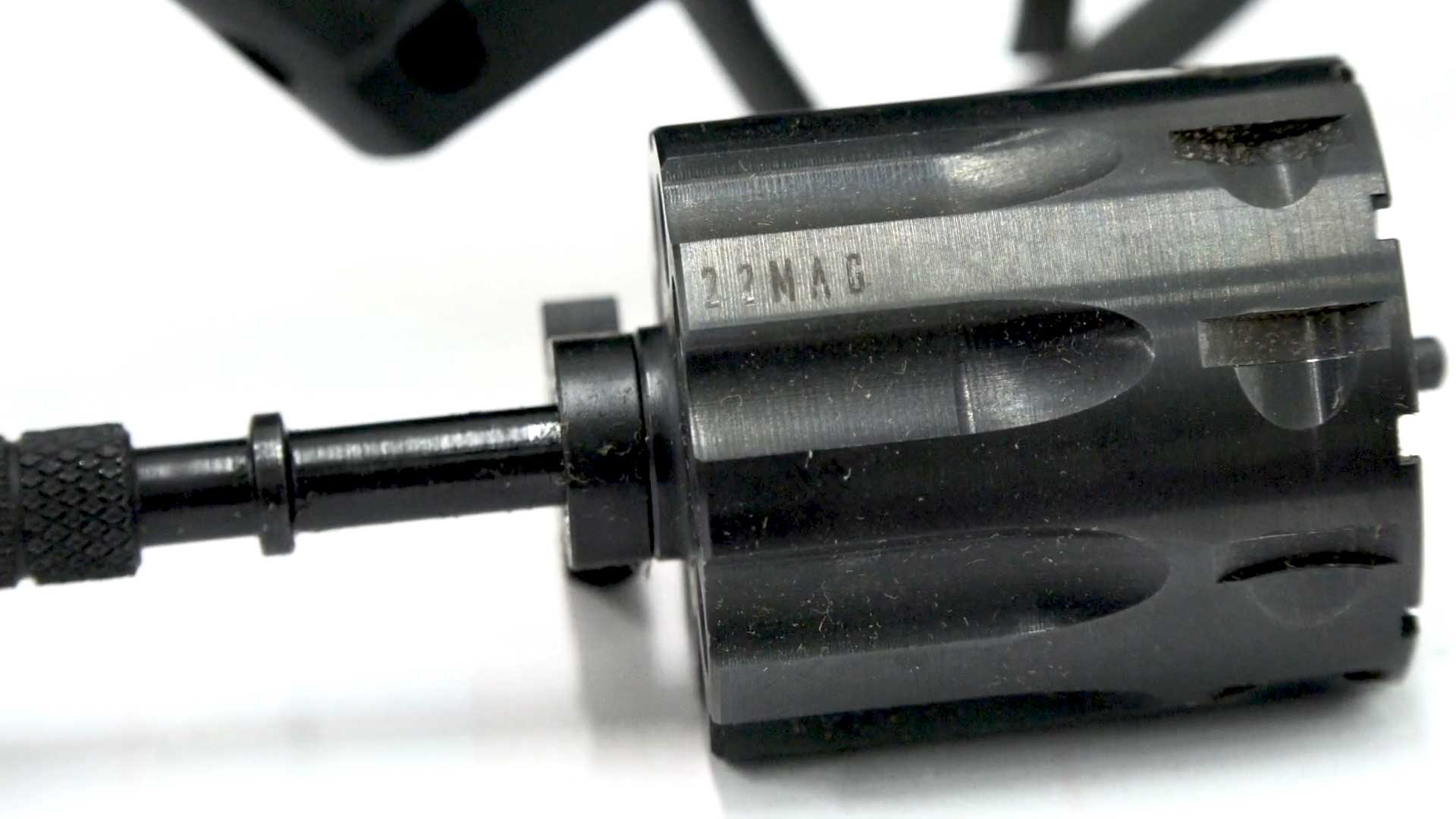 For sights, the Sidekick comes with a fixed-blade front, and an integral rear sight that is machined into the top of the frame. For controls, the Sidekick incorporates a spurred hammer, barrel-mounted ejector rod and trigger shoe, which mimics the look of older single-action revolvers from more than a century ago, but these function slightly differently. Instead of having a single-action only trigger, the Sidekick’s trigger functions in both double- and single-action mode. The ejector rod, instead of functioning like its historical counterparts, is actually used to open the cylinder, which swings out to the left. To eject spent cartridges, an ejector star is provided. 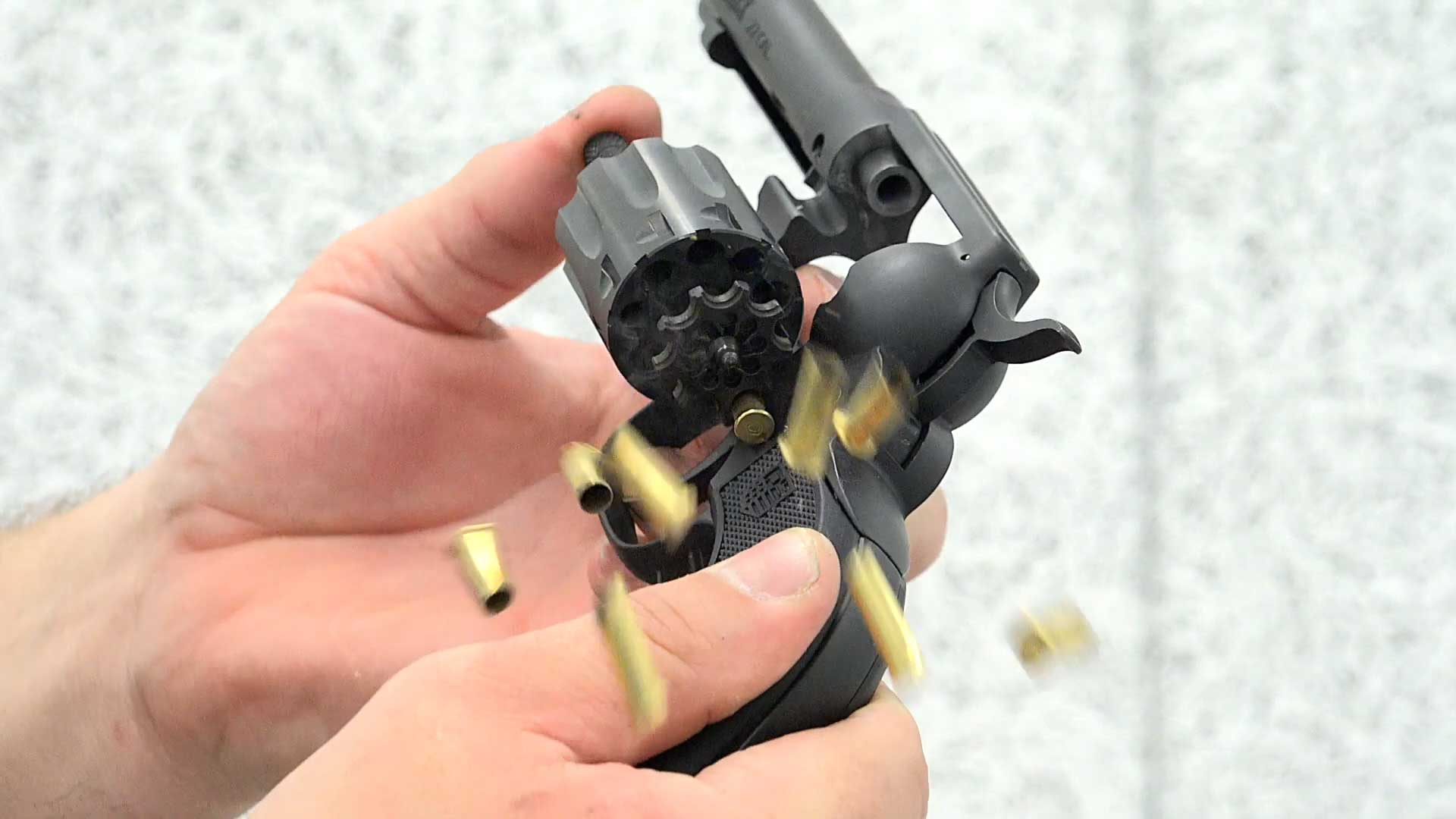 The revolver comes with a 4.5″ steel barrel giving the Sidekick an overall length of just under 10″. The frame is made of a zinc-alloy, which helps keeps the overall weight down to 32.5 ozs. unloaded. Both the frame and the barrel come topped off with a matte black Cerakote finish, which is complemented by a pair of checkered, black, glass-nylon filled stocks, though wood stocks are also available as an additional accessory.