June 28, 2022 Guns In The News
Home»Commentary»Gun Companies Under Attack
Commentary

During his recent State of the Union address, President Joe Biden (D) called on Congress to “repeal the liability shield that makes gun manufacturers the only industry in America that can’t be sued.”

There is, of course, no need for Congress to do anything of the sort, because such a shield does not exist. As usual, Biden is lying about the law.

This rule puts gun manufacturers firmly within the mainstream. As Bernie Sanders—yes, that Bernie Sanders—observed back in 2015, “if somebody has a gun and it falls into the hands of a murderer, and that murderer kills somebody with the gun, do you hold the gun manufacturer responsible? Not anymore than you would hold a hammer company responsible if somebody beat somebody over the head with a hammer. That is not what a lawsuit should be about.” On this, Sanders was correct—which is why, for example, it is possible to sue the Ford Motor Company if it sells you a truck with faulty brakes, but it is not possible to sue the Ford Motor Company if a terrorist steals a truck and uses it to run you over on the sidewalk. As the Cato Institute’s Walter Olson has noted, by protecting gun manufacturers as it has, Congress has not strayed from the fundamentals, but merely “codified the common-law principles that have long applied in tort claims following shootings: if an otherwise lawful firearm has performed as it was designed and intended to do, its maker and seller are not liable for its misuse.” 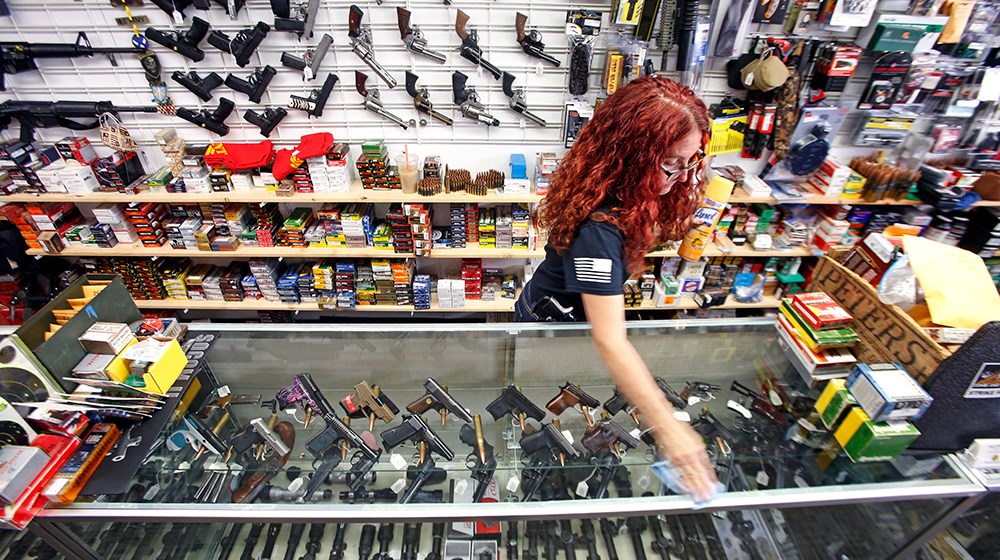 There is nothing sinister about the U.S. government choosing to codify this rule. Indeed, it does the same thing regularly in other arenas. In an attempt to protect free and open dialogue on the Internet, Congress passed Section 230, which, among other things, makes it impossible for those who wish to censor others to sue the people who facilitate libelous or illegal speech instead of the people who engaged in it. Similar laws have been passed to protect airlines from culpability in such cases as their aircraft are hijacked by terrorists and vaccine providers from culpability when governments mandate their products.

There is an old adage that if you want less of something, you should tax it, and that if you want more of something, you should subsidize it. So it is here. Frivolous lawsuits lead to fewer products that consumers want, and laws that impede frivolous lawsuits lead to more of them. The primary purpose of government is to protect the liberties of the individual, and among those liberties is the right to keep and bear arms. There is no reason that the people we send to Washington, D.C., should be neutral in the face of transparent attempts to undermine it.

Why does President Biden want to change the rules? The answer is obvious. Indeed, the answer is precisely why the law that Biden lies about—the Protection of Lawful Commerce in Arms Act (PLCAA)—was passed with huge bipartisan majorities in 2005.

Biden claims that the gun industry is “the only industry in America that is exempted from being able to be sued by the public.” But what he really means is that, as a direct result of the existence of the PLCAA, gun-control advocates such as himself are unable to achieve their political aims by underhanded means. Joe Biden understands that the Second Amendment presents a profound legal obstacle to his agenda, he understands that the American people present a profound political obstacle to his agenda, and he understands that, as a result, his best bet is to achieve what is best described as “gun control through litigation.” The PLCAA makes that harder for Joe Biden, so Joe Biden dutifully opposes the PLCAA.

This is a game with a long pedigree. In 1999, Joseph Ganim (D), the mayor of Bridgeport, Conn., explained that his plan was to sue gun manufacturers until they did what he wanted. “The idea,” The New York Times reported at the time, “was inspired by state lawsuits against the tobacco industry.” Only this time there was no meaningful claim of dishonesty or wrongdoing. Instead, in the words of Mayor Ganim, the aim was “creating law with litigation.” “That’s the route that we’re going,” Ganim said, “because they’ve always very effectively, with big money, lobbied the legislature and kept laws from being passed.” Commenting on the idea while working in the Clinton administration in 2000, Andrew Cuomo concurred: The strategy, he said, is “death by a thousand cuts.”

Alas, the mere fact that the PLCAA now exists has not, in and of itself, been enough to stem the tide. For it to have its full prophylactic effect, the PLCAA must be applied by the judiciary each and every time a case is filed. And … well, that is not happening. In February of 2022, the insurance companies that once backed the now-dissolved Remington Arms settled with the families of the victims of the Sandy Hook massacre for an astonishing $73 million; they did this after the Connecticut Supreme Court refused to apply the PLCAA to their claim and the U.S. Supreme Court declined to weigh in at all.

Specifically, the Connecticut Supreme Court permitted the case to proceed on the grounds that Remington had “knowingly violated a State or Federal statute applicable to the sale or marketing of the product” by marketing the gun to young men and implying that it was masculine in nature. This is utterly ridiculous. It is not a crime to advertise firearms to young men, and there exists no connection whatsoever between the abomination that took place in Sandy Hook and the promotional material that was used by Remington.

As The Associated Press noted in its write-up of the case, the families did not really object to the advertising, but held the unrelated and intrinsically political view that “the company should have never sold such a dangerous weapon to the public.” And so, having been unable to convince America’s manufacturers to stop producing them, Americans to stop buying them, Congress to prohibit them or the public to amend the U.S. Constitution, they took a backdoor route—precisely the sort of behavior that the PLCAA was designed to prevent. 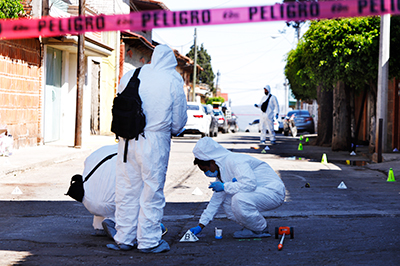 This photo shows investigators in Mexico on February 28, 2022, at a crime scene in which more than a dozen people were murdered.

Alarmingly, this practice of suing the people who didn’t commit the crime in question is gaining steam. Last year, the government of Mexico filed a $10 billion lawsuit in Boston, Mass., against a host of American gun manufacturers including Beretta, Barrett, Colt, Glock and Smith & Wesson. The charge? That those companies—and not the Mexican government, or the cartels, or the individuals who choose to break the law—are morally and legally responsible for the high levels of violence inside Mexico. Not only is this ridiculous on the merits—at most, 10% of the guns used in crimes in Mexico can be traced back to the United States, and, besides, it is perverse to blame the country in which a given firearm originated for crime rather than to blame the criminal who committed it—it represents a full-frontal attack on the sovereignty and Constitution of the United States. As is their prerogative, American voters have decided to pass, sustain and cherish a constitutional right to keep and bear arms, and to inoculate themselves against those who would undermine it. This case should be open and shut.

Americans who wish to see the PLCAA enforced can take a number of steps to help achieve that goal. The first, and most important, is to call upon Congress to strengthen the law by clarifying that any case that is brought under its exceptions must fit neatly within the gap. In the future, plaintiffs should be able to sue only if the relevant violation of federal or state law caused the injuries the plaintiff is suing over. If, by contrast, future plaintiffs are able to thread their generalized objections to firearms through the narrowly tailored exceptions in the law, then there will be no point in having the PLCAA on the books.

Beyond this, Americans ought to demand the passage of state-level equivalents to the PLCAA that serve to amend or to supersede the laws being used to target gun companies; they ought to insist upon the appointment (or election) of judges who will uphold the law as it is written, and not as they might like it to have been written; and finally, they ought to push back hard against the lies that are told by figures such as Joe Biden and Hillary Clinton, both of whom insist incessantly that the firearms industry has been singled out for special treatment when it most certainly has not.

In a sense, the approach that we are now seeing is the ugly byproduct of our broader success. The last three decades have brought with them a massive increase in American gun ownership, the inexorable rise of concealed carry, the Heller and McDonald decisions, the expiration of the 1994 Federal Assault Weapons Ban, and the abolition of a whole host of nuisance laws that did nothing to improve public safety and only irritated law-abiding Americans who were trying to exercise their rights. And so, having lost resoundingly in the court of public opinion, the gun-control movement has shifted away from persuasion and debate, and toward a blunt-force approach that seeks to bully the innocent until, worried about their own survival, they give in of their volition and agree to their tormenters’ terms. They must not be allowed to get away with it.

The Secret to Becoming a Great Handgun Shooter