September 28, 2022 Guns In The News
Home»Commentary»Is it Time for a New Concealed Carry Handgun Cartridge?
Commentary

The carry of concealed handguns by civilians for personal protection has become very popular. Ironically, as it seems some in the Federal Government are diligently working to limit those rights, Constitutional Carry—the concealed carry of a handgun without a permit—is becoming legal in more states all the time. Because of this we’re continually seeing new products being offered to help make carrying concealed easier and more effective. Just look at the new guns, holsters, sights, and such, we’ve seen introduced over the last couple years.

This makes me wonder why, with its growing popularity, we have not seen a new cartridge developed specifically for concealed carry. The most popular cartridge for concealed carry is the 9 mm; it’s been around for 120 years. The .45 ACP has been around for more than 100 years, and civilians have been carrying the .380 ACP for just as long. Yeah, I know, the .40 Smith & Wesson is only 32 years old and the .357 SIG only 28. Those are sorta new cartridges that are carried for self-defense, but they were not designed for civilians, they were developed for law enforcement.

If you could develop a pistol cartridge for civilian self-defense, what would you create? In other words, what would be your design goals? Federal did this for the revolver in 2008 when they designed the .327 Fed. Mag. The company wanted a cartridge that would exceed .38 Spl. performance, but that would not recoil as hard as a .357 Mag. They also wanted a cartridge that would offer higher capacity in subcompact revolvers. The .327 Fed. Mag. did all of these things. Ironically, it has never achieved widespread popularity. That seems odd, what else could a person who wanted to carry a concealed revolver ask for?

We can speculate about the lack of the .327 Fed. Mag.’s popularity, but what we cannot discount is its effectiveness and that it provided everything Federal said it would. What if we could achieve the same things with a pistol cartridge? What if we could design a pistol cartridge that delivered terminal performance better than the .380 ACP and nearly equal to the 9 mm, but that would not recoil with as much force as a 9 mm, but offer higher magazine capacities. This concept worked well for law enforcement, it’s exactly what the .40 S&W offered over the .45 ACP: similar performance, less recoil, higher capacity. 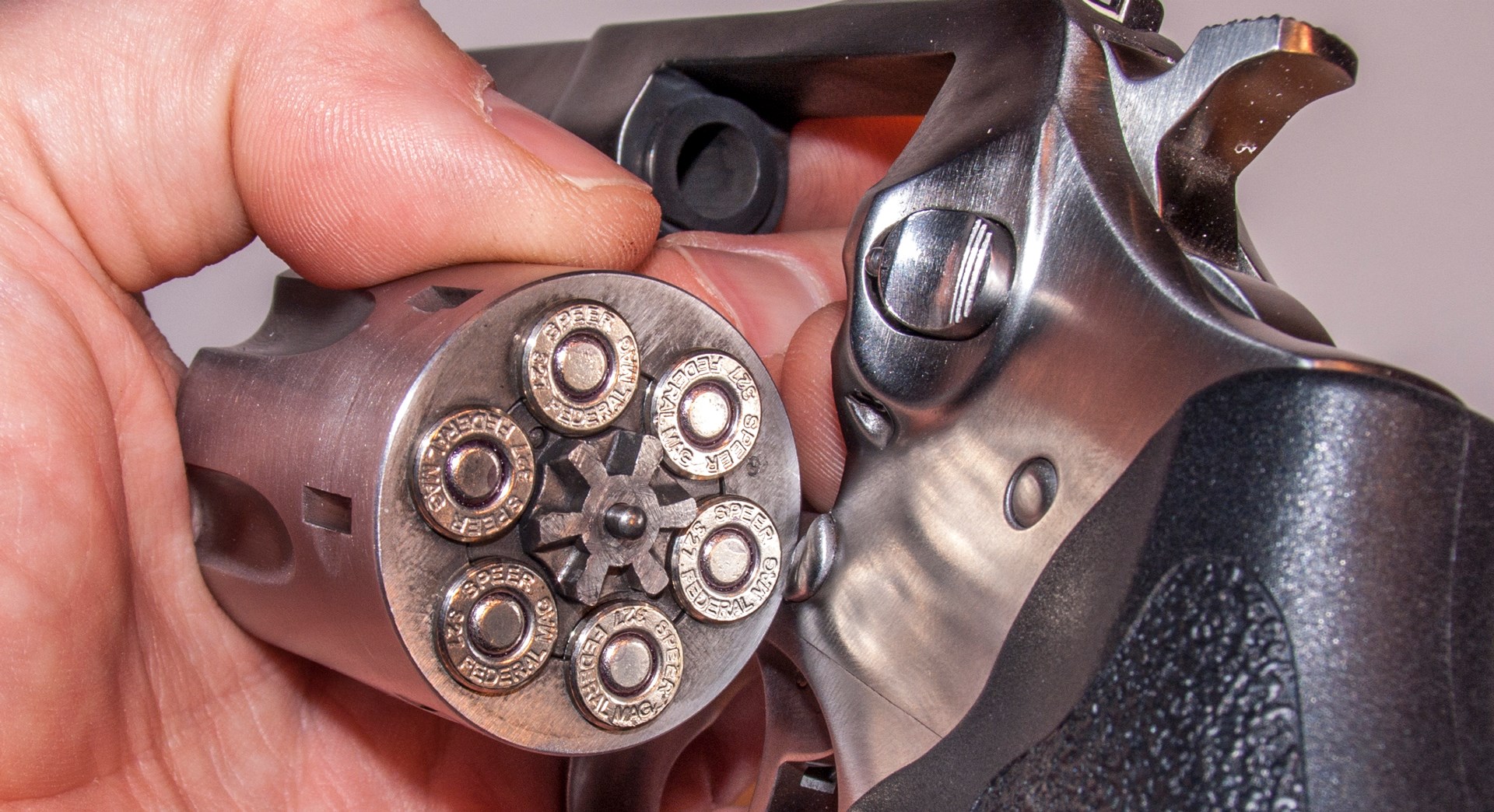 It seems to me that ballistic engineers are not doing their jobs. They have no problem at all creating new, better performing cartridges for hunters. Practical speculation suggests there are twice as many American citizens carrying a concealed handgun—legally—as there are hunters. Which means there may be four times as many Americans legally packing pistols than hunting deer. That alone should be enough incentive, especially considering that the 350 Legend cartridge was created just to address deer hunting regulations in only a few states.

So why have we not seen a new pistol cartridge that would better deal with the specific wants and needs of armed citizens? Maybe it all goes back to the .327 Fed. Mag. It only seems logical that those carrying a revolver concealed for personal protection would relish a cartridge capable of doing what the .327 does. But too many just don’t get it. Maybe that’s because of the population’s inability to comprehend a better mouse trap, which means manufacturers are reluctant to make one.

That does not change the fact that we need one. It’s time those who stuff compact handguns into their waistband, but pray they will never have to use them, have a cartridge that has been purpose built to offer the best collective performance possible. We can only hope it someday happens and that when it does it is recognized for the advantages it offers.