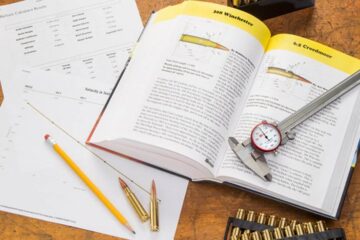 October 1, 2022 Guns In The News
Home»US News»Navy Confirms it will Not Charge Sailor Who Defended Others with His Gun from Chattanooga Jihadist
US News

On Saturday, I reported that Lt. Commander Timothy White was in the crosshairs of the US Navy for “illegally discharging” his gun on federal property as he attempted to save lives during the Islamic jihad that was waged in Chattanooga by Mohammad Abdulazeez. Now, it’s being reported that the Navy has confirmed that it will not charge Lt. Commander White in the matter.

WASHINGTON — Lt. Cmdr. Tim White, the Navy officer who fired a sidearm in defense during the attack on Navy Operational Support Center in Chattanooga, Tenn., will not face charges, an official familiar with the investigation told Stars and Stripes on Wednesday.

White was reported to be one of two servicemembers carrying sidearms at the time of the attack, which could have led to charges. The Department of Defense prohibits all military personnel other than security forces from carrying arms while on base unless they are in a combat zone.

The Navy is still investigating the shooting, where a lone gunman attacked two separate military facilities. The shootings resulted in the deaths of four Marines and one sailor.

The Islamic jihad attack took the lives of four Marines and one Navy Petty Officer.

This was a no brainer. The US Navy should have come to this conclusion the day of the attack and said that White would not be charged in the shooting. After all, this is a man that swears and oath to uphold the Constitution, of which Article 2 of the Bill of Rights is clear that the federal government is not to infringe on the rights of the people concerning arms.

However, it took the story breaking about the potential charge against White for his attempt to defend his life and the lives of others, which led to a huge backlash against the Pentagon, ultimately causing the Navy to issue the official confirmation that it will not be charging White.

The Chattanooga attack spawned many patriots, both veterans and non-veterans, to take up arms to defend military recruitment centers across America, including Georgia and Virginia.

What You Need for Everyday Carry

Alabama Sheriff in Wake of Chattanooga Jihad: Put Your Faith in God & Learn How to Handle a Weapon