In recent years, many handgun manufacturers have introduced optic-ready models that are machined to accept micro red-dot sights. The Turkish manufacturer Girsan is no exception to this, and had introduced an optic ready model of its MC28SA in 9 mm to the U.S. market through European American Armory Corp. as the MC28SA-TV. The Girsan MC28SA line of recoil-operated, striker-fired, polymer-framed handguns were first introduced in 2014, with the MC28SA-TV being released in 2019.

Externally, the MC28SA-TV bears a strong resemblance to the Smith & Wesson M&P line of handguns. It is so similar in fact, that it can fit many full-size M&P holsters. Its steel barrel is 4.25″ long, and features six grooves in a 1:10″ right-hand twist, along with straight flutes cut into the exterior help reduce weight. This contributes to the MC28SA-TV’s overall length of 7.60″. 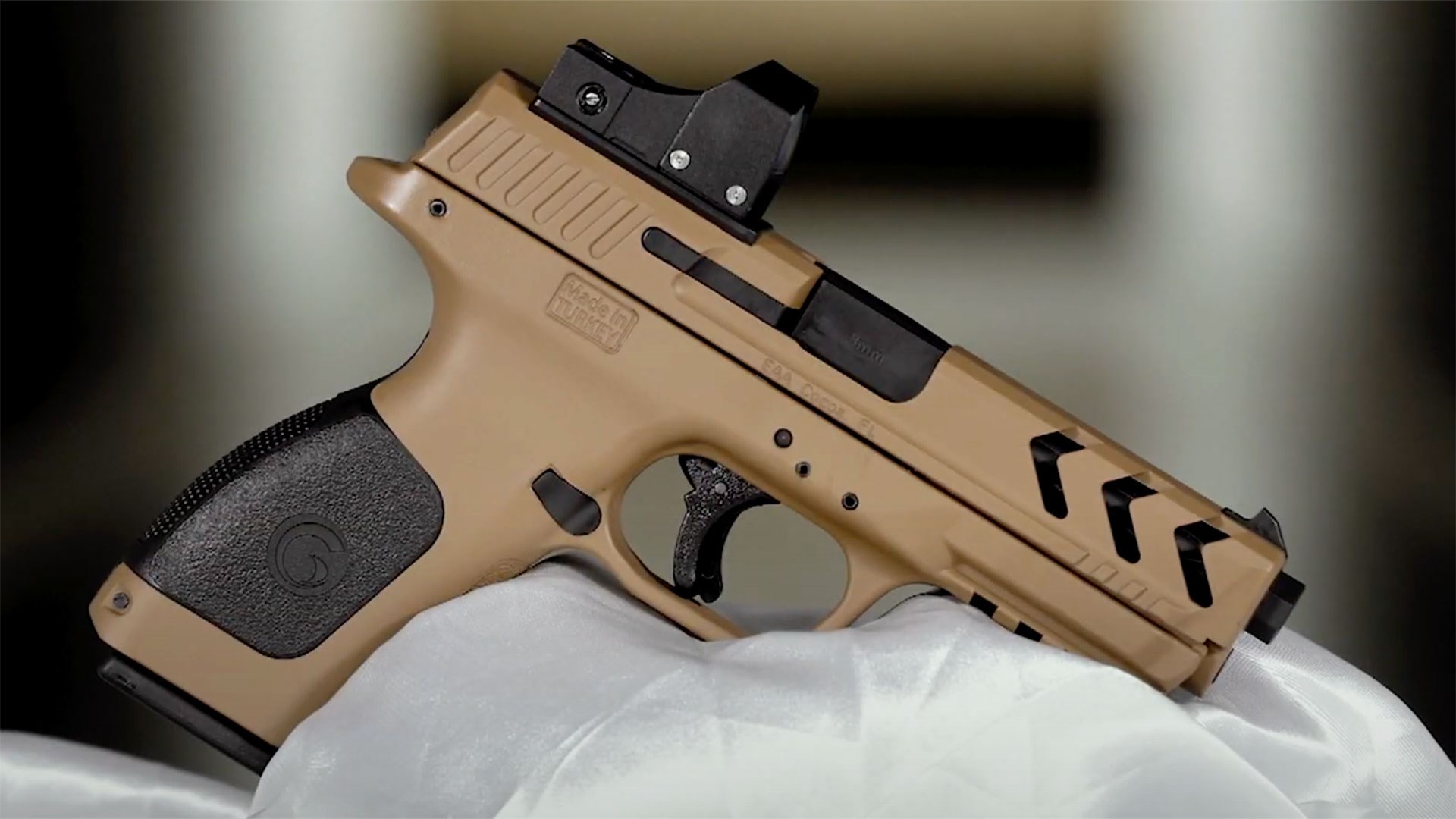 The Girsan-made, European American Armory Corp.-imported, MC28SA-TV in 9 mm, with the example shown in FDE coloring.

Its slide is made from carbon steel, and the example tested came finished with a FDE ceramic coating. The slide also comes with three lightening cuts in the front portion, which further reduce weight to offset the weight of the optic, add extra grasp for charging and look good aesthetically. Along with the standard slide serrations machined into the rear sides of the slide, there are also small sections of this style serration on the lower sides of the front portion of the slide, underneath the lightening cuts. 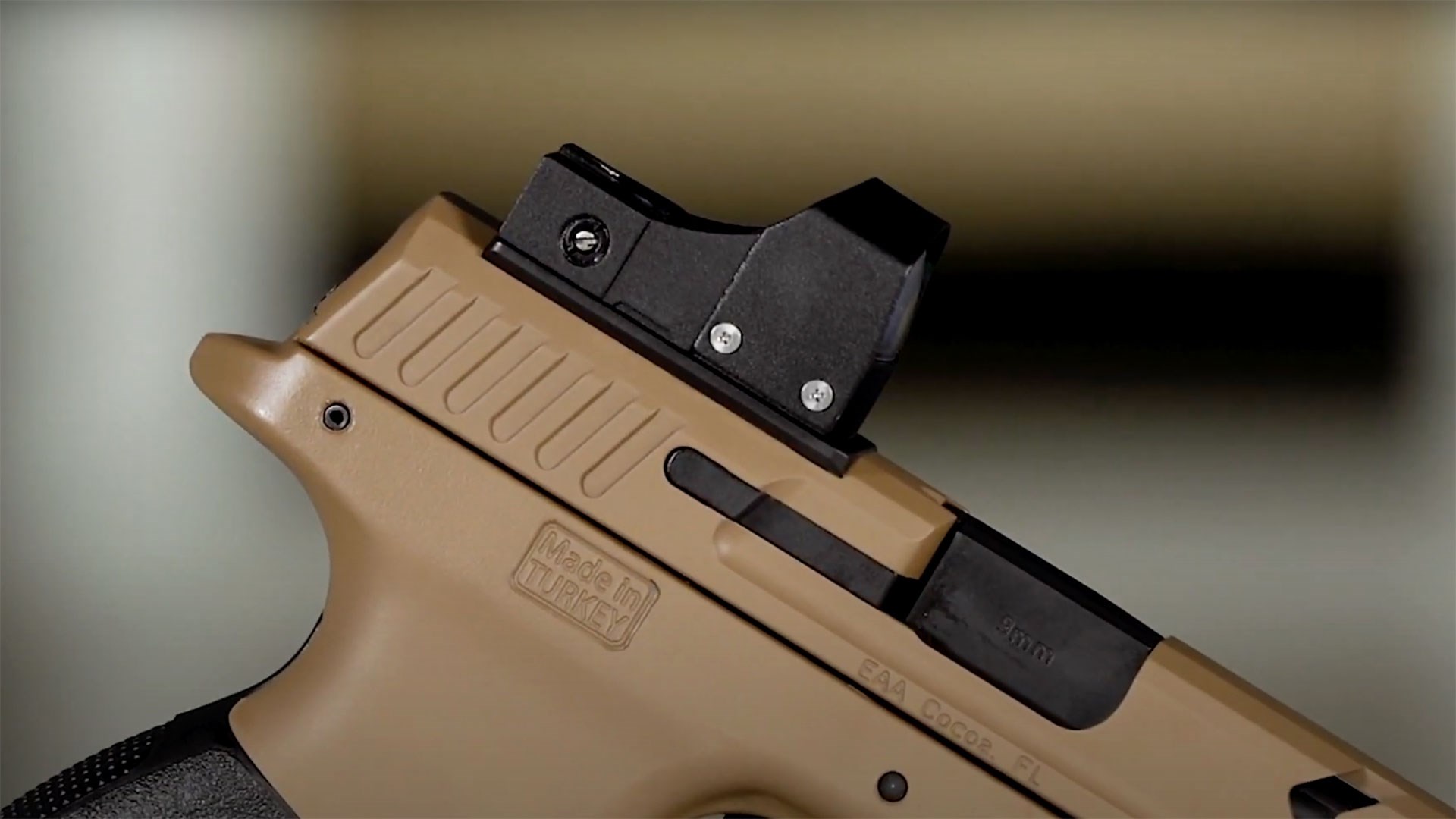 A closer look at the included red-dot optic and its mounting point on top of the slide.

On top of the slide, the MC28SA-TV comes with a machined optic cut with a Ade red-dot sight attached from the factory. Because of this optic, there is no room for the typical two-dot rear sight, thought there is a dotted front sight at the other end of the slide. The pistol does come with a mounting plate that can be swapped on in place of the optic to give a conventional three-dot sight picture. 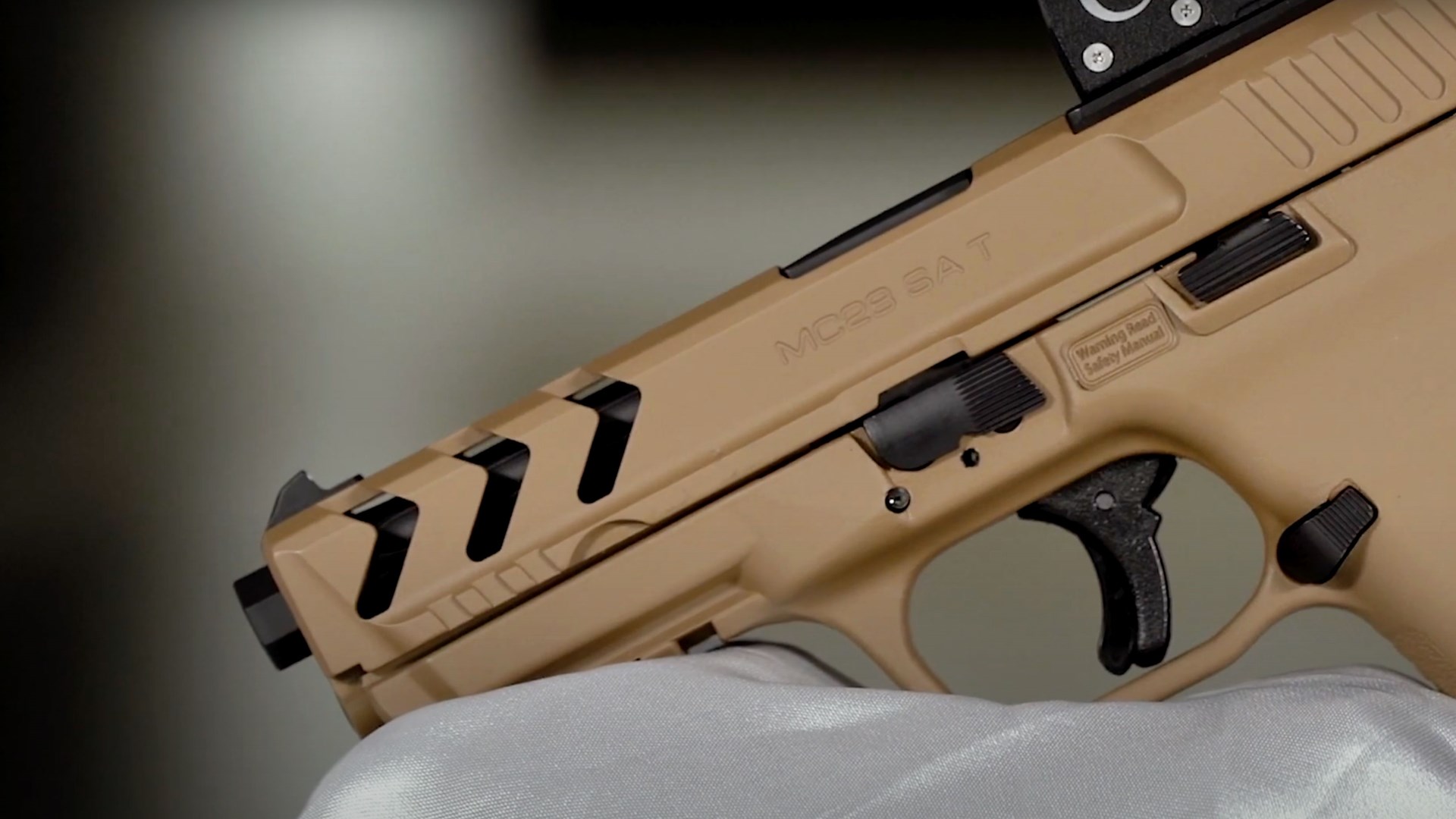 A closer look at the lightening cuts to the slide, as well as the controls on the left side of the frame.

The polymer frame is duty-sized, with a 1/2″ beavertail at the rear, flared magazine well at the bottom, an interchangeable back-strap and a three-slot Picatinny rail molded into the dust cover. this contributes to the pistol’s overall height of 6.75″, 1.25″ width and unloaded weight of 30 ozs. On the example tested, the frame was also FDE in color, though the MC28SA-TV is also offered in all-black or two-toned combinations. The pistol also comes with, and feeds from, 15-round, double stack magazines. 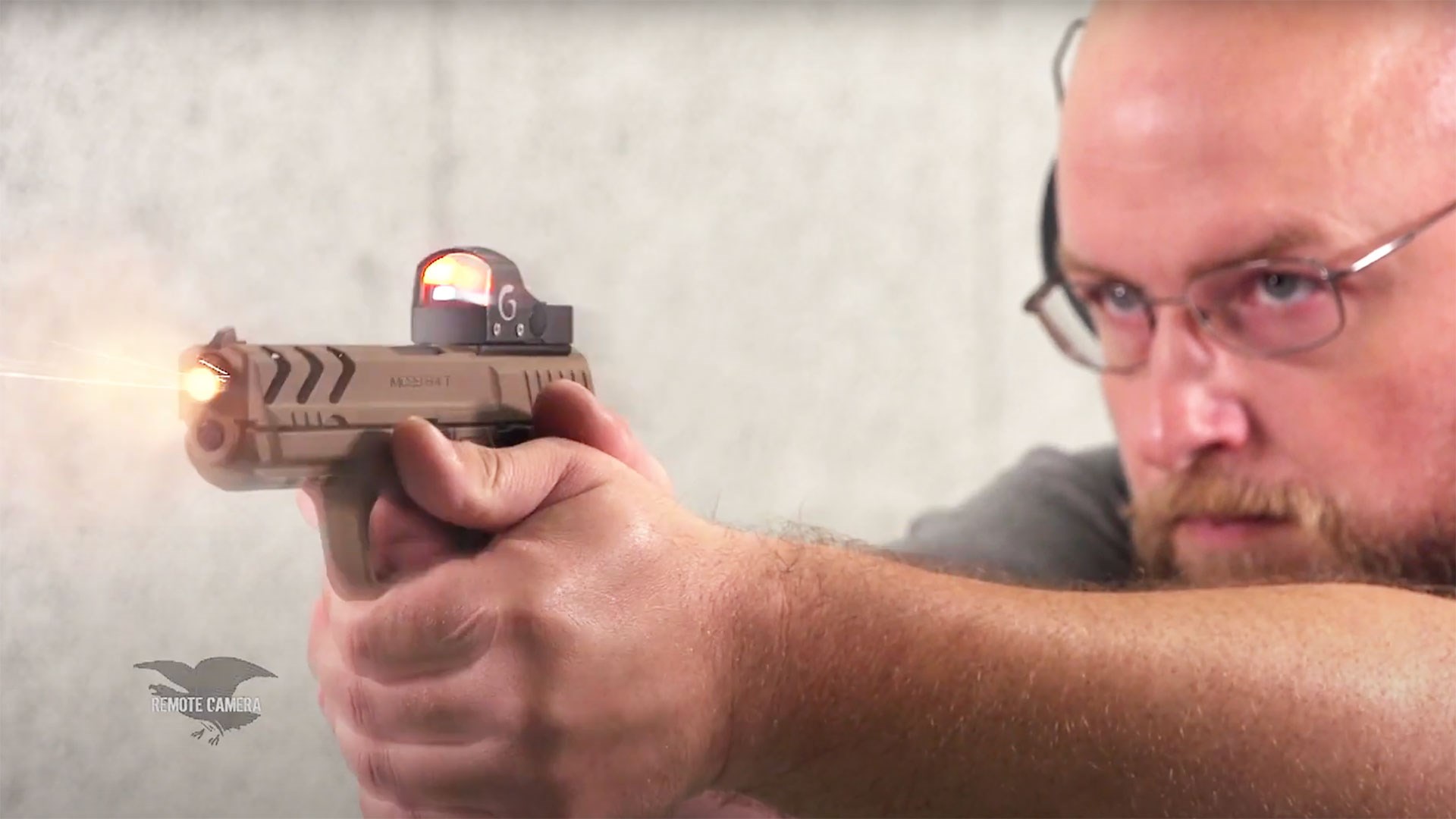 Testing the EAA MC28SA-TV on the range.

For controls, there is a reversible magazine-release button situated just behind the trigger along with a slide-catch lever situated on the left-side of the pistol. There is no manual safety, other than the Glock-style tab on the trigger shoe. There is also a Smith & Wesson styled take-down lever located just ahead of the slide catch. The trigger had a measured pull weight of 4-lbs., 9 ozs., as well as a noticeably long take-up. For more information on the EAA MC28SA-TV, along with the other imported pistols offered by European American Armory Corp., visit eaacorp.com.