Barrett Firearms Manufacturing’s submission of Multi-Role Adaptive Design Mark 22 (MRAD MK22) rifles for testing has met all U.S. Department of Defense requirements for the Advanced Sniper Rifle (ASR) that will support the U.S. Special Operations Command (USSOCOM). As a result, Barrett has received an initial production order and deliveries of the firearm will begin in January.

“We are pleased to have reached this milestone with the project and look forward to providing our warfighters with this highly capable platform,” said Joel Miller, director of global military sales for Barrett.

USSOCOM launched its search for a new modular, multi-caliber bolt-action sniper rifle in 2016. One of the requirements was the ability to readily convert the gun’s chambering to either .300 Norma Mag., .338 Norma Mag. or 7.62 NATO.

Six companies submitted rifles for evaluation during the competition, with Barrett’s MRAD MK22 winning the $49,936,300 indefinite-quantity/indefinite-delivery contract in March 2019. Since then the rifle has completed all aspects of the Production Qualification and Operational testing phases.

Barrett is a family-owned and operated company, a fact reflected in the MRAD. It is based on the firm’s 98 Bravo, which was unveiled at the SHOT Show in 1998. Chris Barrett, son of company founder Ronnie Barrett—whose own M82 brainchild served so well during Desert Storm—improved the approach to create the MRAD MK22. This USSOCOM procurement marks the first time in history that the U.S. military has fielded firearms created by a father and his son.

Barrett products are in use by civilians, sport shooters, law enforcement agencies, the United States military and more than 73 State Department approved countries around the world. The Barrett Quality Management System has received the prestigious ISO 9001:2015 certification for the design and manufacture of firearms, ammunition and accessories, and to provide training for those systems. 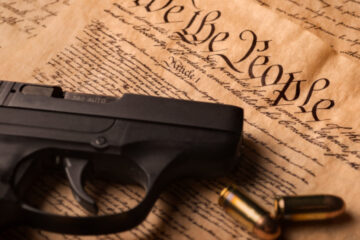