December 9, 2022 Guns In The News
Home»US News»Virginia National Guardsman on Gun Grab Threats: ‘Everyone I personally know would stand by their oath. Our oath is to the Constitution of The United States…’
US News/Video

Virginia National Guardsman on Gun Grab Threats: ‘Everyone I personally know would stand by their oath. Our oath is to the Constitution of The United States…’

Counties across the state quickly organized into Second Amendment sanctuaries – as of Dec. 16, 89 counties, cities, or municipalities have passed “sanctuary” resolutions and 6 have passed resolutions to protect the Second Amendment rights of citizens, but refuse to use the word “sanctuary.” Other locations are still debating their stances. –SOURCE

Virginia is in turmoil.

Gun grabbing politicians are issuing threats, while the people rush to protect their 2nd Amendment rights by creating gun sanctuaries.

Militias within the state are readying and things are extremely chaotic following Virginia turning dark blue.

Here is an excerpt from an article by our friend Daisy Luther.

Here’s a little bit of background on the proposed weapons ban from my last article.

After the most recent election, the state’s House and Senate are both Democrat majorities and they haven’t wasted a moment in attempting to gut the gun laws in what has historically been a permissive state.

The so-called “assault weapon ban” is SB16 and has that perilously vague wording we all know to be incredibly dangerous. In some interpretations, this law, if it passes, could make illegal the ownership or transportation of any semi-automatic gun because extendable magazines are available for it – and you don’t even have to have the extendable mags. (source)

Unsurprisingly, a lot of Virginians are outraged by the idea of this and discussion of a “grandfather clause” that allows you to keep your semi-autos as long as you register them has done nothing to assuage the ire of gun owners.

Then to really stir the pot, State Representative Donald MacEachin had the bright idea of calling up the National Guard to squelch the rebellion.

“And ultimately, I’m not the governor, but the governor may have to nationalize the National Guard to enforce the law,” he said. “That’s his call, because I don’t know how serious these counties are and how severe the violations of law will be. But that’s obviously an option he has.” (source)

As you can imagine, that didn’t go over well.

We have received multiple questions regarding proposed legislation for the 2020 General Assembly session and the authority of the Governor of Virginia to employ the Virginia National Guard in a law enforcement role.

We understand and respect the passion people feel for the U.S. Constitution and 2nd Amendment rights. We will not speculate about the possible use of the Virginia National Guard.

We understand and respect the passion people feel for the U.S. Constitution and 2nd Amendment rights. We will not speculate about the possible use of the Virginia National Guard.

Based on the responses in the Twitter thread, folks found Maj. Gen. Williams’ lackluster response less than comforting.

So now, a militia is forming in Virginia

Tazewell County is taking this threat to the Second Amendment very seriously. Not only did they pass a Second Amendment Sanctuary resolution, but they’ve also officially begun to form a militia. Law Enforcement Today reports:

Just this past Tuesday, on December 10th, the Board of Supervisors from Tazewell County passed two different resolutions in light of controversy circling those who are pro-gun. The first resolution declared the county to be a second amendment sanctuary. This is not at all surprising to see, as 76 out of 95 counties, 9 out of 38 independent cities, and 13 towns have adopted second amendment sanctuary resolutions.

The second item on the agenda was the proposition of establishing a militia in the county. When both of the resolutions passed, the crowd cheered loudly in support of the decisions.  Also, the resolutions didn’t exactly pass by a small margin; the votes were unanimous, with more than 200 citizens standing by in support. (source)

County Administrator Eric Young explained why the county has opted to form a militia.

“Our position is that Article I, Section 13, of the Constitution of Virginia reserves the right to ‘order’ militia to the localities. Therefore, counties, not the state, determine what types of arms may be carried in their territory and by whom. So, we are ‘ordering’ the militia by making sure everyone can own a weapon.”

Thus, if anyone from the state tries to remove the Sheriff from their elected office because they refuse to enforce unjust laws, those state officials will be faced with a lawful militia composed of citizens within the state. (source)

Based on the responses in the Twitter thread, folks found Maj. Gen. Williams’ lackluster response less than comforting.

The people at HighImpactVlogs decided to cut through the crap and go straight to the source.

It’s amazing what a simple phone call can do.

If you are rushed for time, start around the 2:30 mark and after about 30 seconds you will feel much better about the entire situation in Virginia.

There are reactions and overreactions.

In the end, most, if not all, will stand by their oath.

In the end the media, us included, has made a huge story out of nothing.

Their oath is not to a governor or a bunch of gun-grabbing liberals.

Their primary oath is to The Constitution of The United States.

Anything Virginia does is secondary to that.

So unless these laws are passed on a national level, we have nothing to worry about.

Shall NOT Be Infringed!

EXCLUSIVE – Gabby Franco: Why I Left Venezuela For The US & How Gun Control Creeps In (Video)

Virginia National Guardsman on Gun Grab Threats: ‘Everyone I personally know would stand by their oath. Our oath is to the Constitution of The United States…’ 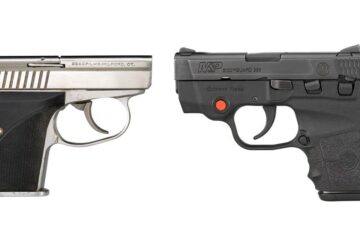