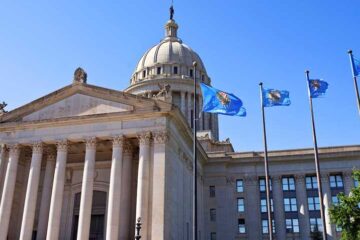 May 18, 2022 Guns In The News
Home»Commentary»Why Congress May Lawfully Require Citizens to Buy Guns & Ammunition, But Not To Submit To Obamacare
Commentary

Why Congress May Lawfully Require Citizens to Buy Guns & Ammunition, But Not To Submit To Obamacare

Harvard Law School was embarrassed recently when one of its graduates, the putative President of the United States, demonstrated that he was unaware that the supreme Court has constitutional authority to declare an act of Congress unconstitutional.1

And after reading a recent paper by Harvard law professor Einer Elhauge, one wonders whether the academic standards (or is it the moral standards?) of that once great school have collapsed.

Professor Elhauge says in “If Health Insurance Mandates Are Unconstitutional, Why Did the Founding Fathers Back Them?” (The New Republic, April 13, 2012), that Congress may force us to buy health insurance because in 1792, our Framers required all male citizens to buy guns; and in 1798 required ship owners using U.S. ports (dock-Yards) to pay a fee to the federal government in order to fund hospitals for sick or disabled seamen at the U.S. ports.

Oh! What tangled webs are woven when law professors write about Our Constitution!

I have already proved that Art. I, Sec. 8, next to last clause (which grants to Congress “exclusive Legislation in all Cases whatsoever” over dock-Yards and the other federal enclaves) is what authorizes Congress to assess the fee from ship owners who use the federal dock-Yards. See: Merchant Seamen in 1798, Health Care on Federal Enclaves, and Really Silly Journalists.

Now I will show you where the Constitution grants authority to Congress to require adult citizens to get armed!

The Constitution Authorizes Congress To Require Citizens to Buy Guns and Ammunition.

In 1792, Congress passed “An Act more effectually to provide for the National Defense by establishing an Uniform Militia throughout the United States”.2 This Act required all able-bodied male citizens (except for federal officers and employees) between the ages of 18 and under 45 to enroll in their State Militia, get a gun and ammunition, and train.

Does Congress have authority in the Constitution to require this? Yes! Article I, Sec. 8, clause 16 says Congress has the Power:

“To provide for organizing, arming, and disciplining, the Militia, and for governing such Part of them as may be employed in the Service of the United States, reserving to the States respectively, the Appointment of the Officers, and the Authority of training the Militia according to the discipline prescribed by Congress;” [boldface mine]

That is what authorizes Congress to require adult male citizens to buy guns and ammunition.

As Section 1 of the Militia Act of 1792 reflects, the “Militia” is the citizenry! Our Framers thought it such a fine idea that The People be armed, that they required it by law! See, e.g., the second half of Federalist Paper No. 46 where James Madison, Father of Our Constitution, speaks of how wonderful it is that the American People are armed – and why they need to be. 3

So! In the case of Congress’ requiring adult citizens to buy guns and ammunition, Congress has specific authority under Art. I, Sec. 8, cl.16.

In the case of Congress’ requiring ship owners who use the federal dock-Yards to pay the fees to fund the marine hospitals at the dock-Yards, Congress is granted by Art. I, Sec.8, next to last clause, a general legislative power over the federal enclaves, such as dock-Yards.4

But for the country at large, Congress has no broad grant of legislative powers. There, Congress’ powers are few, limited, and strictly defined. See: Congress’ Enumerated Powers.

Now, let us look at obamacare.

What Clause in The Constitution Authorizes Congress to Force Us into Obamacare?

So, Professor Elhauge introduces a nasty bit of poison. He says:

“Nevermind that nothing in the text or history of the Constitution’s Commerce Clause indicates that Congress cannot mandate commercial purchases.”

Do you see what he is doing? Surely he knows that obamacare is not authorized by any enumerated power. So! He asserts that nothing in the commerce clause says Congress can’t force us into obamacare. He thus seeks to pervert Our Constitution from one of enumerated powers only, to an abomination which says the federal government can do whatever it pleases as long as the commerce clause doesn’t forbid it.

Furthermore, what he says is demonstrably false. The Federalist Papers & Madison’s Journal of the Federal Convention show that the purpose of the interstate commerce clause is to prevent the States from imposing tolls & tariffs on articles of merchandize as they are transported through the States for purposes of buying and selling. For actual quotes from Our Framers and irrefutable Proof that this is the purpose of the interstate commerce clause, see: “Does the Interstate Commerce Clause Authorize Congress to Force Us to Buy Health Insurance?”.

Obamacare is unconstitutional as outside the scope of the legislative powers granted to Congress by Our Constitution. And it does much more than force us to buy medical insurance. Obamacare turns medical care over to the federal government to control. Bureaucrats in the Department of Health and Human Services will decide who gets medical treatment and what treatment they will get; and who will be denied medical treatment. If you think the federal government is doing a great job feeling up old ladies and little children at airports, wait until they are deciding whether you get medical care or “the painkiller”.

Folks! The Time has come that we must recognize that social security and Medicare are also unconstitutional as outside the scope of the legislative powers granted to Congress by Our Constitution. We must confess that it is wicked to seek to live at other peoples’ expense! And when a People renounce Personal Responsibility – as we did when we embraced social security & Medicare – the federal government takes control.

The Piper will be paid. Shall we pay him by killing off old people?

Or, shall we return to Personal Responsibility and dismantle (in an orderly fashion) the wicked, unconstitutional, and fiscally unworkable social security and Medicare programs?

1 Our Framers gave us an elegant system of Checks & Balances: Each branch of the federal government has a “check” on the other two branches. This is expressed primarily in the Oath of Office (Art. VI, cl. 3 & Art. II, Sec. 1, last clause) which requires each branch to obey the Constitution and not the other branches! The supreme Court’s check on Congress is to declare their Acts unconstitutional: See (in addition to the Oath) Art. III, Sec. 2, cl. 1; Federalist No. 78 (8th -15th paras); and Marbury v. Madison (1803).

Congress’ check on the judicial branch is to impeach and remove federal judges who usurp power (Federalist No. 81, 8th para).

3 In “The Patriot”, Mel Gibson’s character commanded a South Carolina Militia – civilians who took up arms against the British. Everyone knew that “the Militia” was the armed citizenry – farmers, trappers, shopkeepers, clergy, etc. It still is.

4 Attorney Hal Rounds provides fascinating additional information on this issue: “Ships will dump sick sailors wherever they may make landfall, and the locals have the burden of dealing with the victim. Their care then raises the legal right to compensation for their services, which the law of nations allows to be levied against the nation, not just the owners, of the ship.” For Mr. Round’s full comment see the Postscript of April 7, 2012 here.*Article by Publius Huldah

May the Federal Government Lawfully Make ANY Restrictions on Our Guns & Ammo?

Firearm Production Has More than Doubled Since Obama Took Office

Why Congress May Lawfully Require Citizens to Buy Guns & Ammunition, But Not To Submit To Obamacare

Get Ready for Another Attack on The 2nd Amendment