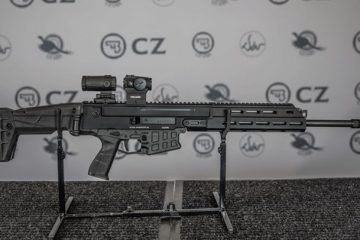 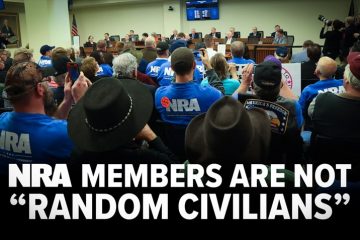 This State Confiscated 2,290 Guns In 2018 – But That Failed To Stop Criminals With Guns

An unprecedented about of gun confiscation is going on in the US.  California, which we should possibly consider referring to as “Commiefornia,” the only state in the US with a database which tracks people who they claim are prohibited from owning a firearm, admitted that they confiscated 2,290 firearms through the Armed and Prohibited Persons program.

The Armed and Prohibited Persons program allows state agents to take guns away from criminals but it’s difficult to reduce the long list because people keep getting added to it.

The APPS program database shows 9,404 people unlawfully own a firearm.

But it is a never-ending search.

“How many lives they’ve saved?” said State Attorney General Xavier Becerra.  “We’ll never know but I guarantee you, those thousands of firearms that are no longer on the streets in the hands of dangerous people saves lives for all of us.”

You’ll never know because confiscating those guns won’t stop criminals from acting.  To make the point, in January it was reported that California had confiscated a semi-automatic rifle from a man, who just two months later would somehow obtain two handguns and murder a police officer.

Davis, CA — Last Thursday, a tragedy unfolded in California as a deranged gunman, Kevin Douglas Limbaugh, walked up on an innocent woman, officer Natalie Corona, pulled out his guns and began shooting her repeatedly until she died. Limbaugh then fired several more shots at others before turning the gun on himself and taking his own life.

Police say that Limbaugh’s rampage left Corona, 22, dead, and left bullet holes in a nearby house, a passing fire truck, a textbook inside a backpack worn by a young woman and the boot heel of a firefighter fleeing the gunfire.

According to police, Limbaugh’s guns were confiscated last year likely related to the red flag law. In September, Limbaugh was charged with a felony count of battery with serious bodily injury. That charge stemmed from Limbaugh punching a co-worker, Gilbert Duane McCreath, while the two worked at the casino the night of Sept. 20, according to the Sacramento Bee.

After the charges, Limbaugh was given a high-risk assessment that determined the chance of him re-offending was low, but he was still ordered to turn in his registered weapons to police, the only being a Bushmaster AR-15. On November 9, Limbaugh turned in the weapon.

Police officials noted that Limbaugh had no other guns registered to him, and thus he was successfully disarmed. Two months later, however, Limbaugh would somehow acquire two handguns and use them to commit a horrific act of murder.

See?  these kinds of things simply do not work when you are dealing with criminals.  They just don’t.

However, it’s not just someone like Kevin Douglas Limbaugh that had his guns confiscated.  There are others also.

Additionally, those that pass background checks and has gone on to commit horrific crimes such as Ian David Long, a former Marine, who wrote a final post on his Facebook page before going into the Borderline Bar & Grill and murdering a dozen people before turning the gun on himself in November 2018 demonstrate that unlawful bills such as HR8 and HR1112 will do absolutely nothing to stop such crimes.

Becerra claims that the state has almost completed its backlog from 2013 of confiscating guns from some 20,721 people.  They only have 538 more to take care of now.

“Our data systems are in need of modernization and that is an understatement,” Becerra added.  “We need technology that keeps up with the changing times because the work that our agents do is too important to not be done as quickly and as efficiently as possible.”

It should be noted that many of these confiscations may be deemed “legal,” but they are most definitely unlawful and violate the person’s rights that are to be protected under our Constitution.

In fact, one farmer even tried to comply with registering his weapon and not only had the gun confiscated, but was charged with a felony.

It’s past time that we stop putting people in office across the country who want to act like they are doing something to deal with a particular problem when they are actually doing nothing but violating the law and the rights of the people.

RELATED:  Invaders Break in Marine Vet's Home - One of Them is Dead, the Other in the Hospital

A Second Attack On Your Gun Rights Just Passed The House

This State Confiscated 2,290 Guns In 2018 – But That Failed To Stop Criminals With Guns