How often do you see a government respond logically to a problem? Never? Well, now we have one logical response from the Lone Star State.

Texas lawmakers have been debating several gun rights bills for a while now, including a bill that would allow gun owners to carry-concealed on college campuses.

Students and faculty members at public and private universities in Texas could be allowed to carry concealed handguns into classrooms, dormitories and other buildings under a bill passed over the weekend by the Republican-dominated Legislature. The measure is being hailed as a victory by gun rights advocates and criticized by many students and professors as irresponsible and unnecessary.

The so-called campus-carry bill is expected to be signed into law by the Republican governor, Greg Abbott. It would take effect in August 2016 at universities and August 2017 at community colleges.

Supporters say it will make college campuses safer by not preventing licensed gun owners from defending themselves and possibly saving lives should a mass shooting occur, such as the one that unfolded at Virginia Tech University in 2007…

Texas will be one of eight states to allow the carrying of concealed weapons on public college campuses, joining Colorado, Idaho, Kansas, Mississippi, Oregon, Utah and Wisconsin, according to the National Conference of State Legislatures. Nineteen others ban concealed weapons on campus, including California, Florida and New York, and 23 others, including Alabama and Arizona, leave the decision to the colleges or state board of regents…

Texas legislators are also about to pass a new law that would allow concealed carry permit holders to open carry in public (as long as their weapon is holstered).

Most of the debate on both the new bills took place over the last few months but then the deadly biker gang shootout took place in Waco, Texas, spurring gun grabbers everywhere to cry for more gun control legislation. These gun grabbers weren’t interested in the fact that gun laws would not have prevented the shootout, or in the fact that gun laws only affect law abiding citizens. No, they only wanted to act on their feelings, leaving all logic behind.

Thankfully, the legislators in Texas are smarter than the gun grabbers.

Instead of bowing to political pressure from liberal anti-gun groups, Texas Governor Greg Abbott explained why the shootout in Waco wasn’t changing his mind on supporting fewer gun restrictions.

“The shootout occurred when we don’t have open carry, so obviously the current laws didn’t stop anything like that,” the Governor said.

Republican State Representative Jonathan Stickland added that, “An armed society is a safe society, so any time you have gun control, there is far more opportunity to become victims. The criminals aren’t going to obey the laws. It’s the responsible folks who we should be encouraging to protect themselves in the community they live in.”

Let’s watch and see if Texas becomes the violent “Wild West” bloodbath that liberals predict, or if business and life continue as usual in the Lone Star state. I’ll venture to guess that we don’t have to worry too much for the folks in Texas. Something tells me they’ll be just fine.

Tennessee Campus Safety Legislation to be Enacted into Law 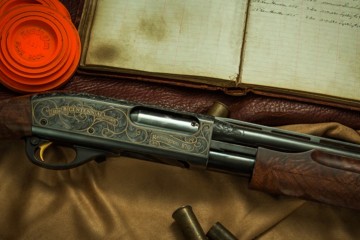