In the months preceding the planned D-Day landings in June 1944, Allied reconnaissance aircraft flew many missions over the Normandy coastline to map out German defensive positions. Of the various fortifications, one stood out to U.S. planners as an obstacle for the invasion. The Germans had established an artillery battery on top of the bluffs of Pointe du Hoc. 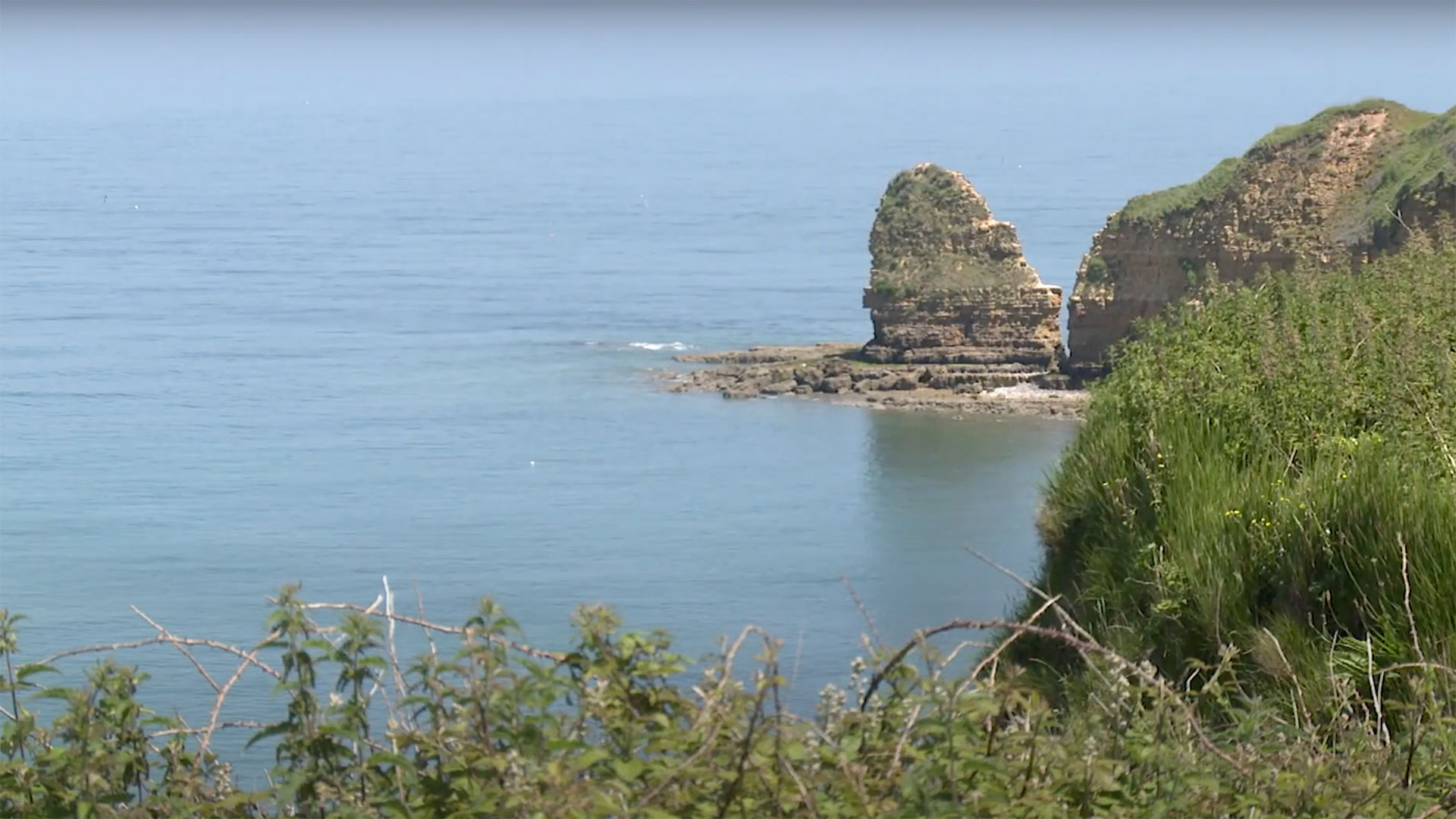 The promontory of Pointe du Hoc in Normandy, France as seen today from atop the bluffs.

Pointe du Hoc is a promontory located between the U.S. landing beaches of “Utah” and “Omaha,” which features steep 110′ cliffs running along the coast. It provides an excellent raised position over the surrounding area, and so was selected and fortified by the Germans in 1943 as a part of the “Atlantic Wall” line of coastal defenses. The position featured six concrete gun emplacements, in which the Germans positioned captured French GPF 155 mm World War I-era cannons, along with other fortifications, bunkers and machine-gun nests. 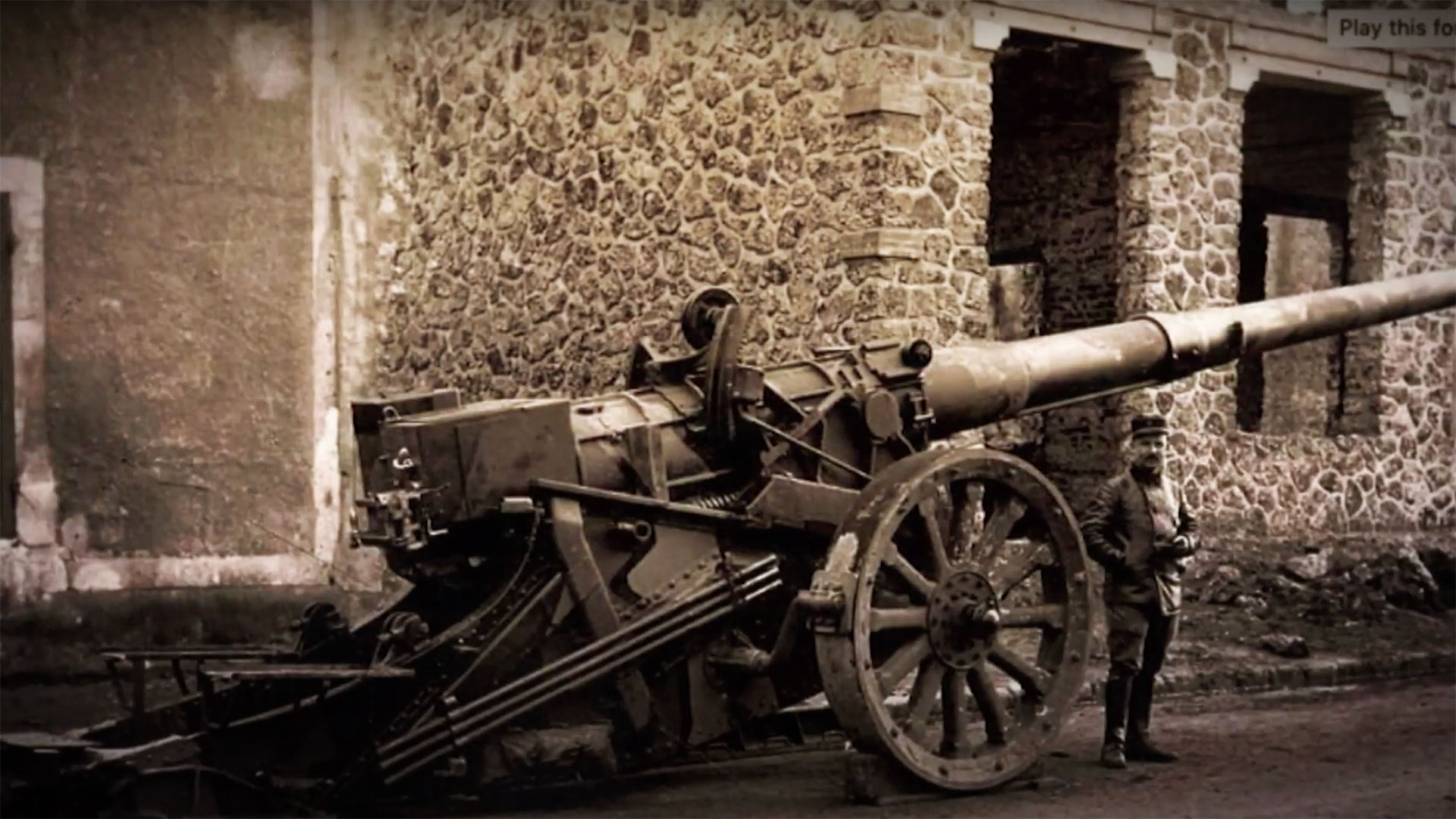 A French World War I era GPF 155 mm cannon, the same type utilized by the Germans on Pointe du Hoc.

This battery posed a serious hazard for the planned landings, as its location put the cannons in an ideal spot to fire upon incoming Allied vessels off Utah beach. Thus, Pointe du Hoc became a target for Allied bombing raids in an attempt to destroy the position, which reduced the tops of the bluffs to a field of craters. Despite the bombardment, photos from reconnaissance aircraft appeared to show that the battery was still operational. As the preparations for Operation Overlord continued, it was decided that Pointe du Hoc should be taken by ground troops in order to ensure that the battery couldn’t be utilized by the Germans. 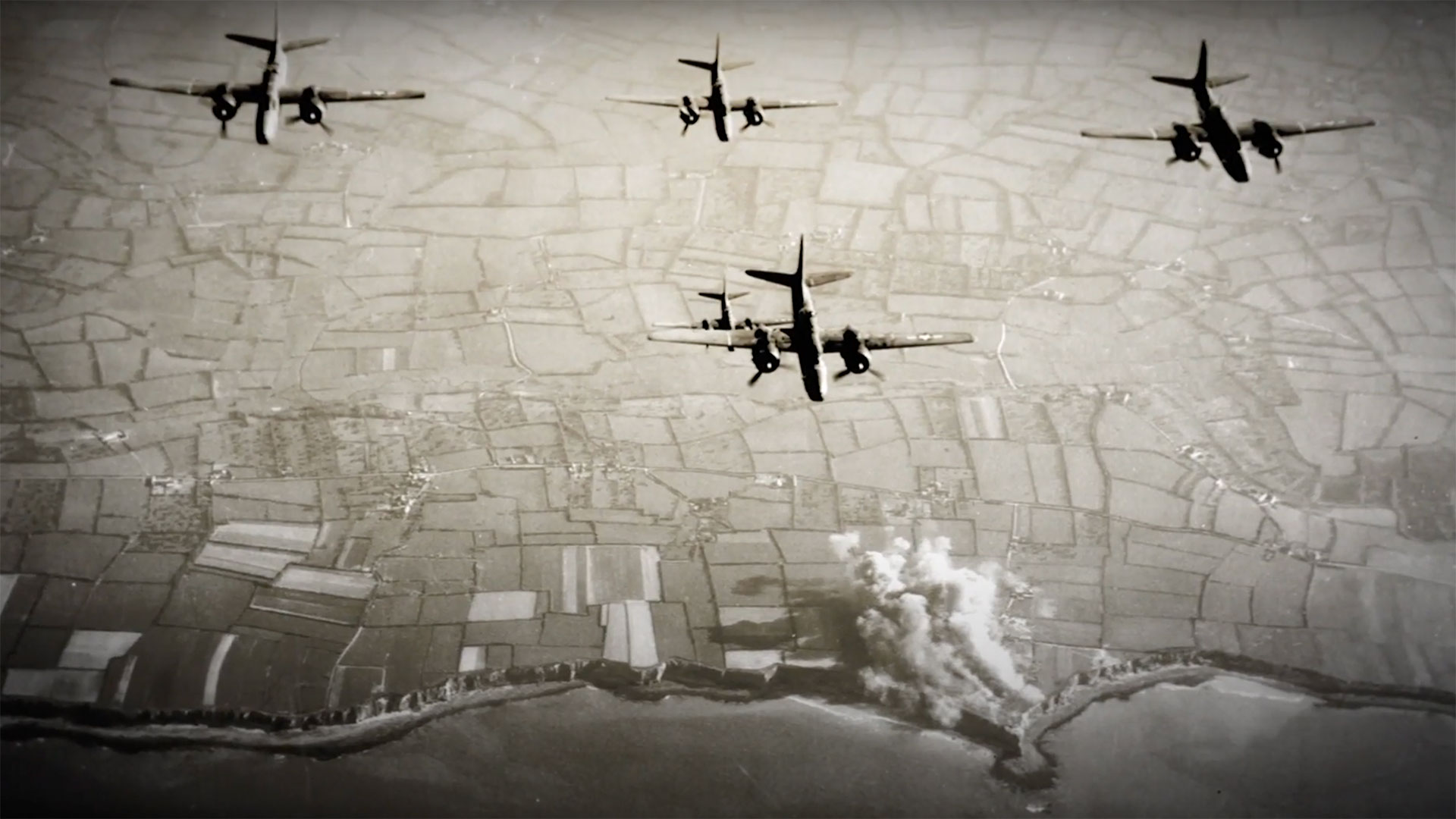 A photo of U.S. A-20 Havoc bombers during a bombing run over Pointe du Hoc before D-Day.

The task for assaulting the position was given to the U.S. 2nd Ranger Battalion, with a goal to capture its gun emplacements before the main landings got underway. In order to scale the tall cliffs, landing craft were fitted with rocket-fired grapple hooks and tall ladders. On the morning of June 6, 1944, 225 rangers loaded into British landing craft early that morning and set out for the point under the supporting fire of destroyers and the battleship U.S.S. Texas. The landing craft were delayed by nearly an hour, but finally reached the point at 7:10 a.m. Under fire from the German defenders above, the Rangers disembarked and began to climb up the cliff faces on ladders and ropes. 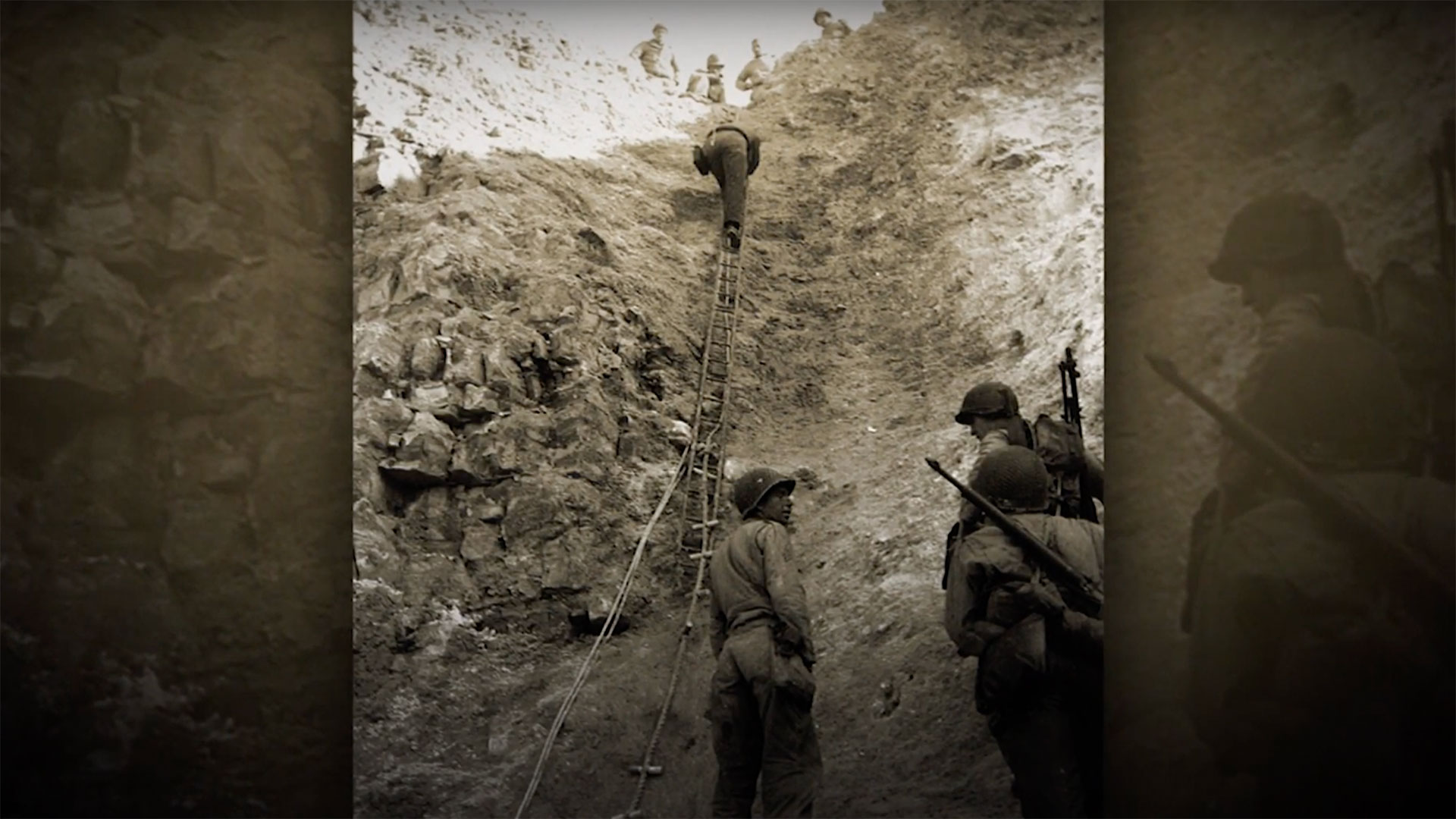 A view of the climb the U.S. Rangers had to make up the bluffs of Pointe du Hoc as seen from the beach below.

Despite the harsh climb and incoming fire, the Rangers managed to make their way to the top of the bluffs and began to push back the German defenders. Once the Rangers captured the positions, they made a surprising discovery. The cannons were missing from the positions, with logs set up in their place and covered with camouflaged nets to make it seem otherwise. A prior bombing raid had damaged the positions to such a degree that the Germans had removed them. As the morning progressed and the Rangers began to move inland to set up roadblocks, two men discovered the missing cannons in a hedgerow not much further inland. Using thermite grenades, the Rangers rendered the cannons inoperable and, although not as planned, completed the objective of silencing Pointe du Hoc’s guns.